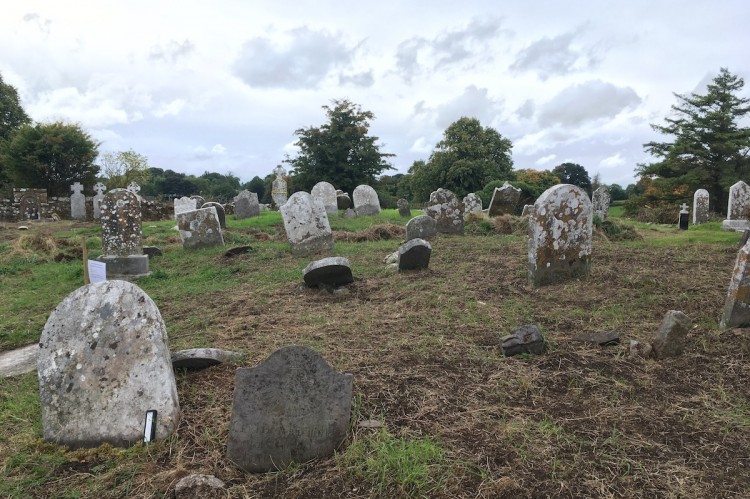 Surveyed in 2018/19  as part of a community training workshop funded by Westmeath County Council and supported by the Heritage Council.
Graveyard and Headstones cleared of vegetation, in 2018 and 2019 by a Ballymore voluntary group.  All headstones have been read and
uploaded to this site.

In the East section of the graveyard there is an early 17th century mortuary chapel of the Magan family of Umma House, Moyvoughley.  The door-frame and window in this building have been verified as not belonging to this period (17th c.) but have been re-used from a medieval Tower house.  The door-frame  clearly originally had two doors - the outer door opened outwards and was closed by a chain which ran through the door "jamb".  The window frame had glazing bars and was re-inforced by iron rods. 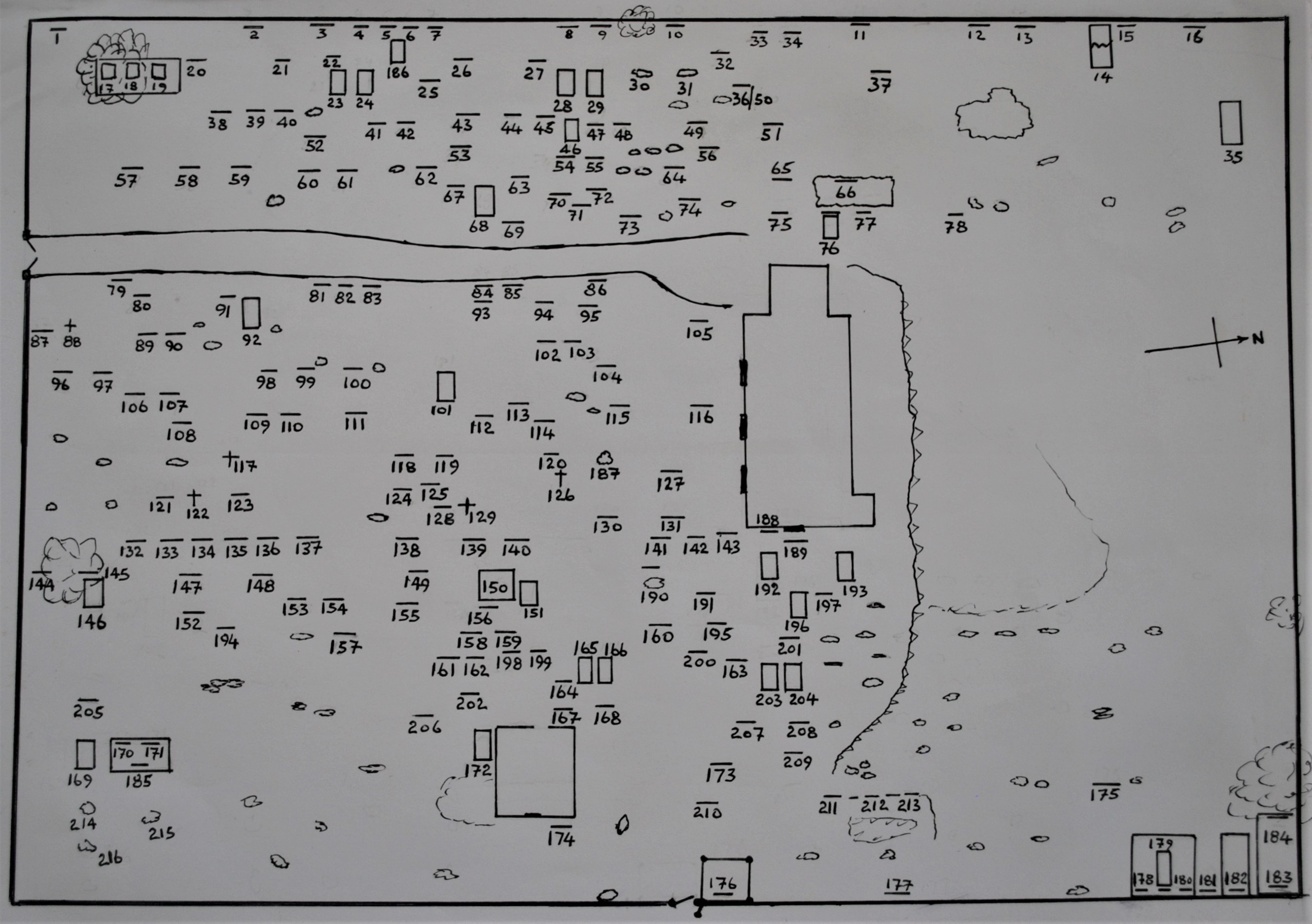