'On the other hand, they are relics of real people. We should treat them with respect – because we are human, and they are physical links with humans. '

Some interesting thoughts by Mike Pitts on the current debate in the UK about the reburial of human skeletal remains assemblages. 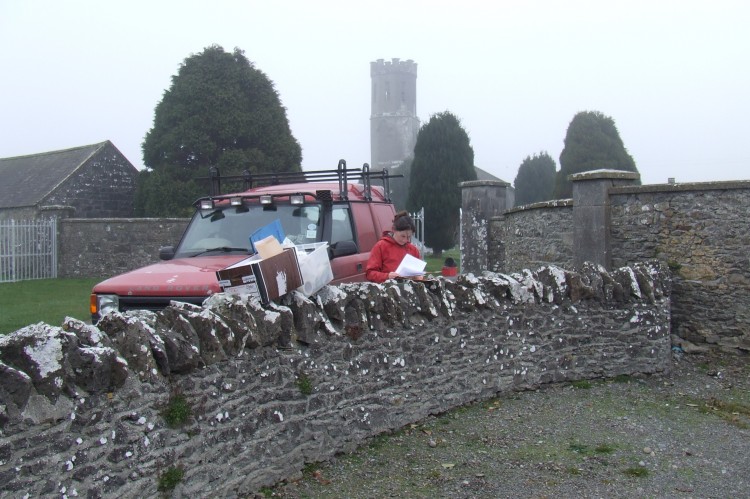 The first of the Historic Graves graveyard recording workshops in Co. Laois took place in Aghaboe Graveyard on Saturday the 26th May. John Tierney, Maurizio Toscano and myself Finn Delaney were joined by Tori McMorran.

This looks like a fascinating review of prehistoric burial practices and their meaning. Material and spiritual engagements; Britain and Ireland in the first age of metal 29 Apr 2011 - 01 May 2011 The Rhind Lectures presented by Dr Stuart Needham Friday 29 April 6pm to Sunday 1 May 2011 Edinburgh FRIDAY 29th April 2011 6pm Lecture 1: Funerary conundrums This funerary phenomenon spans a millennium, embracing the Chalcolithic and the Early Bronze Age, and embodies a complex pattern of change. The cumulative result was many remarkable aggregations of burials, yet these still only represent a minority of the population. The scene is set with an account of this phenomenon's constituent components and history of development, including the much-debated issue of origins. Earlier ideas that social ranking can be read from the labour invested and grave goods offered have given way to a greater focus on the role mourners had in constructing the individual burial rite. But what then is the meaning of standardised burial modes, or death personae, characterised by specific artefacts, body treatment and inter-burial relationships? First we must address the high degree of selectivity of these burials, then contemplate their capacity not only to convey powerful messages to the living but also to engage materially and spiritually with the Otherworld.