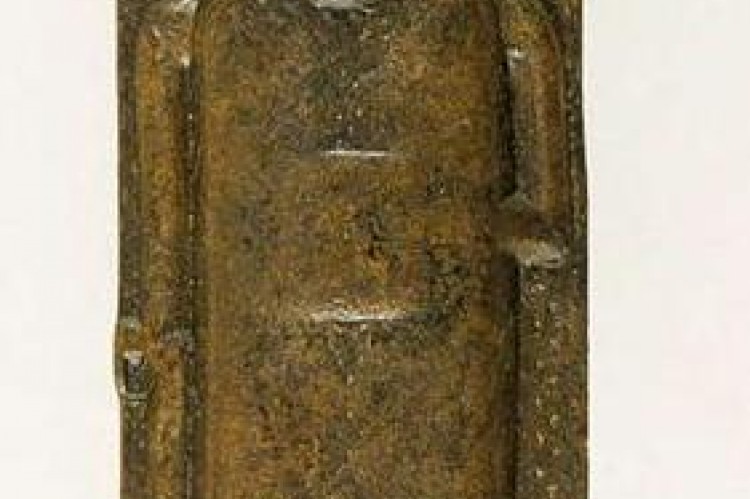 The Aghaboe abbey preservation committee have been in existence since the 1970s and  as a result of their work there are few better examples in the country of how to conserve and maintain an historic graveyard. Aghaboe has a rich historical and archaeological background with upstanding remains of a Dominican Friary and an Anglo Norman motte and bailey castle. The present Church of Ireland building was built on the site of an Augustinian monastery which in turn replaced the early christian monastery founded by St Canice in no later than 577 AD. Prominent amongst his successors at Aghaboe was St Virgilius, who was Bishop of Salzburg between 749-84 AD. There are still strong connections between Salzburg and Aghaboe today with groups from both communities regularly travelling in both directions. This rich and deep history reflects both the religious and political intrigues of this part of the ancient lands of Ossory. The surrounding rich and fertile land was the key to its success and it was this to a large extent that accounts for the rich history of what today is a small rural community in Co. Laois.

The earliest church was probably a simple wooden building which was replaced by a stone structure in 1052 AD. The only surviving direct evidence of the early christian monastery was a small bronze statue of a seventh or eighth century monk which measured 13cm in height and was found in the present graveyard in 1836. It became known as the Aghaboe Figure and is now housed in the National Museum of Ireland. The figure is that of a bare-headed ecclesiastic, wearing a plain garment reaching below the knees and holding in one hand a short crosier and in the other a book.
Only the tower of the Augustinian church survives but it is possible that the existing Protestant church preserves some medieval fabric in its structure. Three medieval heads have been incorporated into its façade. The east window is identical to the east window of the nearby Dominican friary, and was almost certainly taken from the west gable of that church. The earliest graveslab in the graveyard lies to the south east of the church and dates to 1675.

Pat Keeshan is a member of the Aghaboe abbey preservation committee and he attended along with Sinead Holland, Declan Moran and John Clooney, the second daylong graveyard memorial workshop held in the graveyard surrounding the present Church in Aghaboe, on the 6th April. In the morning the geotagging photographic survey of all 145 of the graveyard memorials was completed. The team followed the procedures laid out in the previous workshop and everybody got more hands on experience with the GPS enabled Sony HX5. The memorials were numbered as per the detailed plan of the graveyard carried out by Arch Consultancy and commissioned by the Aghaboe preservation society. In the afternoon we were hosted by Berr Carney in the Laois Leader Offices in Portlaoise where we used their fabulous computer suite to upload all of the geotagged photographs to the historic graves website. We also started the process of picking the primary names and dates from the grave memorials and entering them into the database where they immediately become searchable and findable.

Pat then proceeded to regale us all with stories about the various people and families commemorated on the gravestone memorials. He also noted that the graveyard was divided into two sections with the Church of Ireland congregation being buried to the north of the entrance avenue. My only regret from the day was that I didn’t have any recording equipment with me to capture Pat’s rich knowledge while he was in full flight. He has promised me a repeat performance but there is a lesson there for anyone interested in capturing local voices and local stories from local places and that is to bring your audio or video recorder with you!
Blog category:
Places