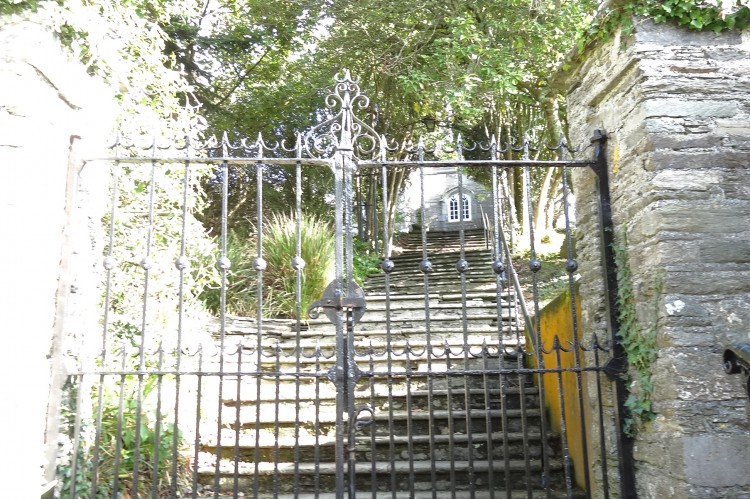 The Church of St. Barrahane (COI), built in 1826 and its attached graveyard  overlook thevillageof Castletownshend and its harbour. Its main architect wasJamesPain. This replaced the original Church built in 1761. There are 52 steps up to the Church and graveyard, one for every Sunday of the year. It is noted for its stained glass windows ; the East Window byHarry Clarke, was given to the Church in 1915 in memory of Mr. and Mrs.Somervilleby their grandchildren. The Window in the South Wall of the Chancel and The Third Window on the South Side are also by Harry Clarke.  Other windows are by Powell's of London. In the Church Porch there is an Oar from a rescue boat from the S.S. Lusitania (sunk by a German U Boat in 1915) in memory of the many drowned passengers and crew who were brought into the Harbour. 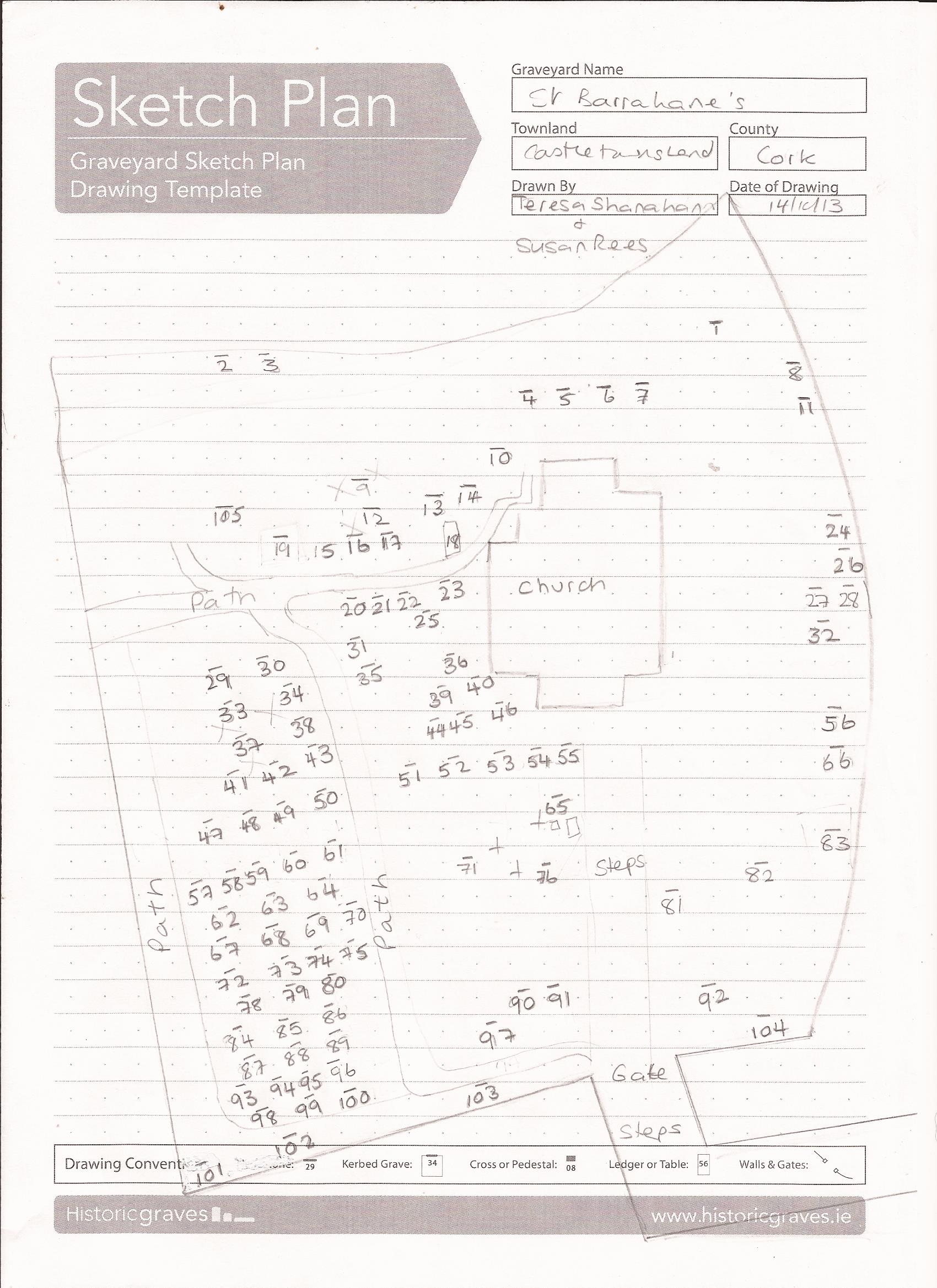