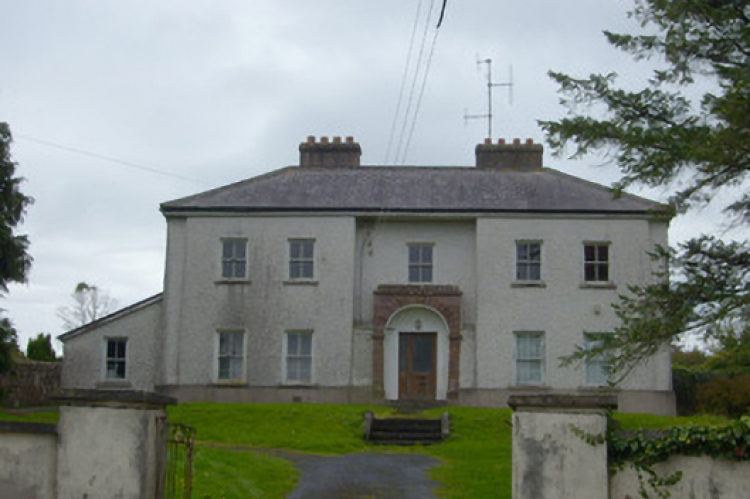 As part of the Graveyard's of Ballyhoura 2020 Project we had a video meeting this morning which we recorded in audio format. The discussion was wideranging and the methodology focussed on how we might trace evidence for, and remnants of the 1830s Cholera epidemics in both Ballyhoura and in Ontario. This approach is based on our goal to bridge the gap between communities in Limerick/N Cork and those in Ontario whose ancestors left Ireland as part of the Peter Robinson Assisted Emigration almost 200 years ago.

We know there are Fever Hospitals and associated burial grounds in Ireland and we aim to trace these sites in the coming weeks. We aim to trace the sites by research and through a series of telephone interviews which we prpose to record and publish. We also hope that our friends in Ontario will trace similar sites in the Peterborough area.

The following is a transcript of a chat between project leader Amanda Slattery of Ballyhoura Development and field archaeologist John Tierney. David Whyte who organised the meeting is not recorded in this part of the chat but he will feature in future stories.

My main thing in the last few weeks has been the cholera and the fever hospitals. Because it actually bridged the time before they left and there were Cholera fevers in Ontario then as well. You know, that's what it meant to be poor then, you were at risk from cholera. So it's one of the reasons they went across to Canada. And I'm having trouble tracing all the fever hospitals in Cork and in Limerick, just because they're not already collated. But what I'm thinking is if we gather that information here, and if we can get our friends over in Ontario to do the same there, then that's a nice project in the shorter term. And that will be one of my key questions for Derek really is how can they accommodate or can they? The Peterborough Historical Society is around for a very long time so they must have all this

I know the two I have in mind didn't - Kilfinane and Mitchelstown both stayed as separate structures. Other ones I've been involved with up the country did become the Workhouse. In Limerick there's Adare, Newcastle West.  Rathkeale but Kilfinane is the only one really that's down our neck of the woods and then Mitchelstown okay because

I I had always thought that location out from Mitchelstown, the Ballyporeen road  that you still see the wall and the big gate I thought that was going into the Workhouse now there's no remains of that today but that's not the fever hospital location is it?

The fever hospital's across the road from Brigown graveyard  ... so I suppose the next question then is what I haven't tracked is was there a fever hospital over Doneraile direction and

Heatherside was not that hospital?

Heatherside was brand new like 19 nought seven or something like that for TB for the TV=B? Yeah. No, it's a fascinating place and that that will reveal itself but if we if we we have the fever hospitals because I know parts of Ontario are decimated with the Cholera in the 1830s but they're about two hours from Peterborough itself. They're not our exact spot. So we need if we can get Derek to do that kind of research and then he would give a few minutes and that we would get a few minutes and hours and then that's, you know, that's it happening. You know, as we start

there was reference I know in Peter Robinson's letter's at the time of the ships to people dying on board off fever. I don't know, was that related or not? But there were many that had died in transit.

Yeah, you're right. The doctors the doctors are all there. Yeah, I think I have them in Kindle since the last project.

I must go back and reread it but I remember that and I remember the one that always stuck with me was them to throwing the English cheese overboard. They wouldn't eat it. They weren't that hungry.

Details of a survey of historic hospital archives in Ireland https://www.nationalarchives.ie/wp-content/uploads/2019/03/PRF_106780_SURVEY_OF_HOSPITAL_BOOK_V7.pdf