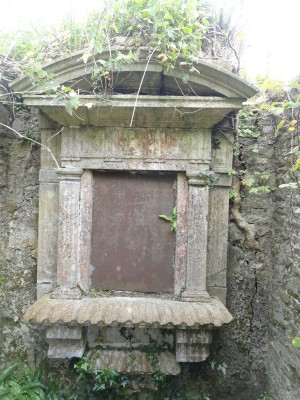 This monument erected at
the cost of Mrs Anne Bayly widow of John Bayly of Castlemore Esquird
to preserve his memory, who died
the 15th of June ANNO CHRISTI, 1719
He was a gent who had the true
interest of his country
at heart, at
the revolution he served in person in
the wars of Ireland, till the kingdom was
reduced to peace and quietness
quitting the war he returned to his wife and
children and shewed himself as good a
husband as indulgent a father as he was a
true subject being honored with
a commission of the peace, he always
administered, justice so uprightly that
he never blemished his commission
and dyed lamented by all good
men who did know him