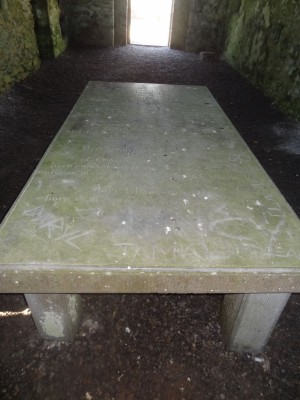 Erected to the memory of Richd Read

of Quinsborough Co Kildare Esqr who

Beneath this stone are deposited the remains

of  ELem Park Merrien and only daughter of

the above Richard an Catherine Read

Also the remains of

Here are deposited the remains of

only son of the above Richard and Catherine Read

This memorial is positioned inside the church ruins