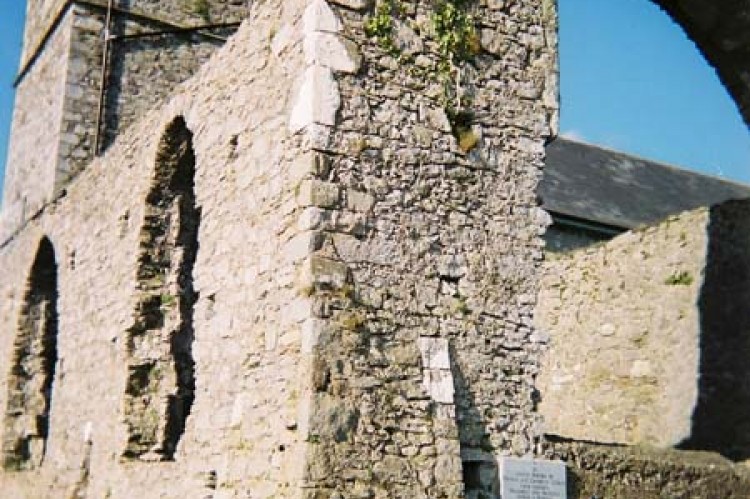 the Augustinain Abbeys at Abbeyside was erected by the Friars or hermits of St. Augustine as they were known back then. they came from Clare Priory in Suffolk. They were invited here by by their Patron, Thomas FitzMaurice Fitzgerald , also known as 'Thomas appagh'. The McGraths of Sleady and the O'Briens of Comeragh became benefactors of the Abbeys. In later years the Nugent Humbles of Clonkocoskran Castle (A few miles outside of Dungarvan) also became benefactors.The story that is carried by tradition relating to this particular Abbey is mirrored in other locations .

When the Priors sailed into Dungarvan Bay, the had some serious  problems about where to land and I suppose to set up shop! So, out came the stone effigy of St. Augustiene, which they must obviously have  brought with them. This was put aboard a raft and floated. it landed on the oppsite side of Dungarvn Town (Oppsite the Castle) This was good enough for the priors and so Abbeyside was born