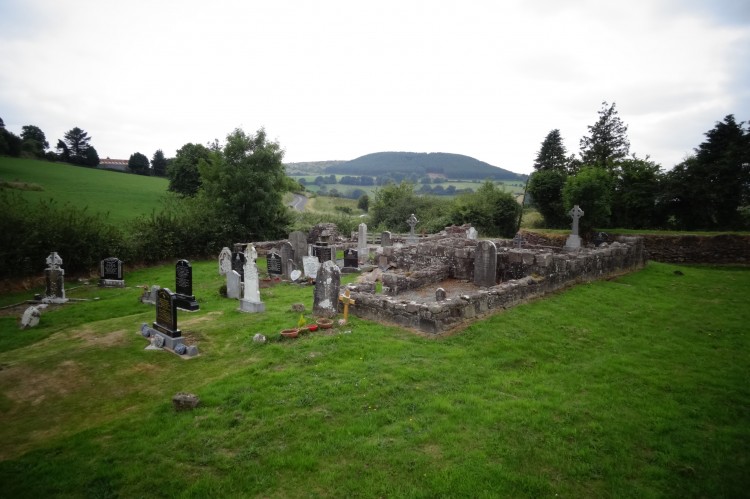 This small monastery was founded in the 7th century by St. Molaga a disciple of St. David of Wales. Two churches survive inside the present graveyard. The earlier church is rectangular with antae (extensions of the side walls past the end walls) and is entered through a partly constructed west door formed of three large stones. The second church is entered from the south and was built later; the small building attached to its north-west corner is later still. The churches are on a terrace on sloping ground with the large original enclosure of the monastery still visible in the surrounding fields. Stones which have fallen from the two churches have been reused in the present cemetery wall.

Inside lying on the ground against the south wall is a limestone slab with decoration (a volute) which is said to mark the grave of the patron saint and is supposed to cure rheumatism.