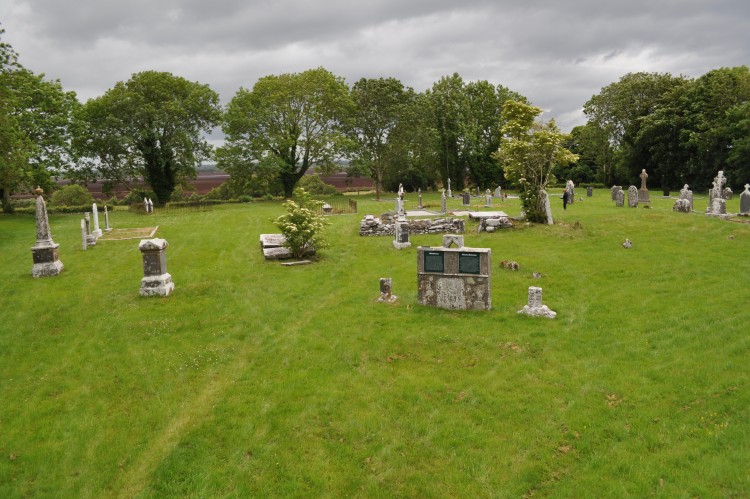 Graveyard surveyed by the Moore History Group in June 2015. Training funded by the Heritage Council.

Clonburren/Clonburn is the smallest of the three historic graveyards in the parish of Moore. This is a mixed burial ground of Catholic, Protestant and Presbyterian. Family names on memorials here are no longer in the parish: St George, D’Arcy, Knight, Bomphray, Wiseman, Stevenson, Ferguson, Harrison, Ramsay, Jackson, Proudfoot and Trumperant Potts. The earliest recorded inscription here is 1801, Patrick Cady. Local stone masons may have used the rich limestone of the Kidlawn and Clonmacnoise quarries to make the grave memorials. Memorial no. 46 displays a blacksmiths tools, memorial no.63 displays a shepherd’s crook. Clonburren is an oblong shaped graveyard located on a north facing slope in pastureland, enclosed by a dry stonewall composed of limestone. Access to the graveyard is through a field gate and across a field of pasture. With good views from the west to the north east, where a large expanse of bogland and the Shannon are visible in the distance. The land continues to rise from south east around to the west. Three miles to the north east is the important ecclesiastical site at Clonmacnoise, while visible to the south of the site is the Esker Riada. In the immediate vicinity is a motte and bailey which is located some 700m to the south east; a cross base and holy well are sited some 400m to the south. Near the centre of the graveyard in the south west quadrant is the poorly preserved west gable of a church and a stretch of the north side wall which is attached to the gable. Burials have taken place throughout this graveyard since early Christian times when it served an early nunnery. The site is one of the few convents known from early Christian times. This convent it seems declined in the 12th century but a church still stood here in the 17th century.

While we have made every effort to achieve accuracy in attaching maiden names and villages to memorials, we accept there may be mistakes. If a reader detects discrepancies or inaccuracies with inscription or footnote, please email us your observations at moore@irelandxo.com .A mapboard (updated November 2017) displaying alphabetical index of memorials is on display at graveyard entrance. 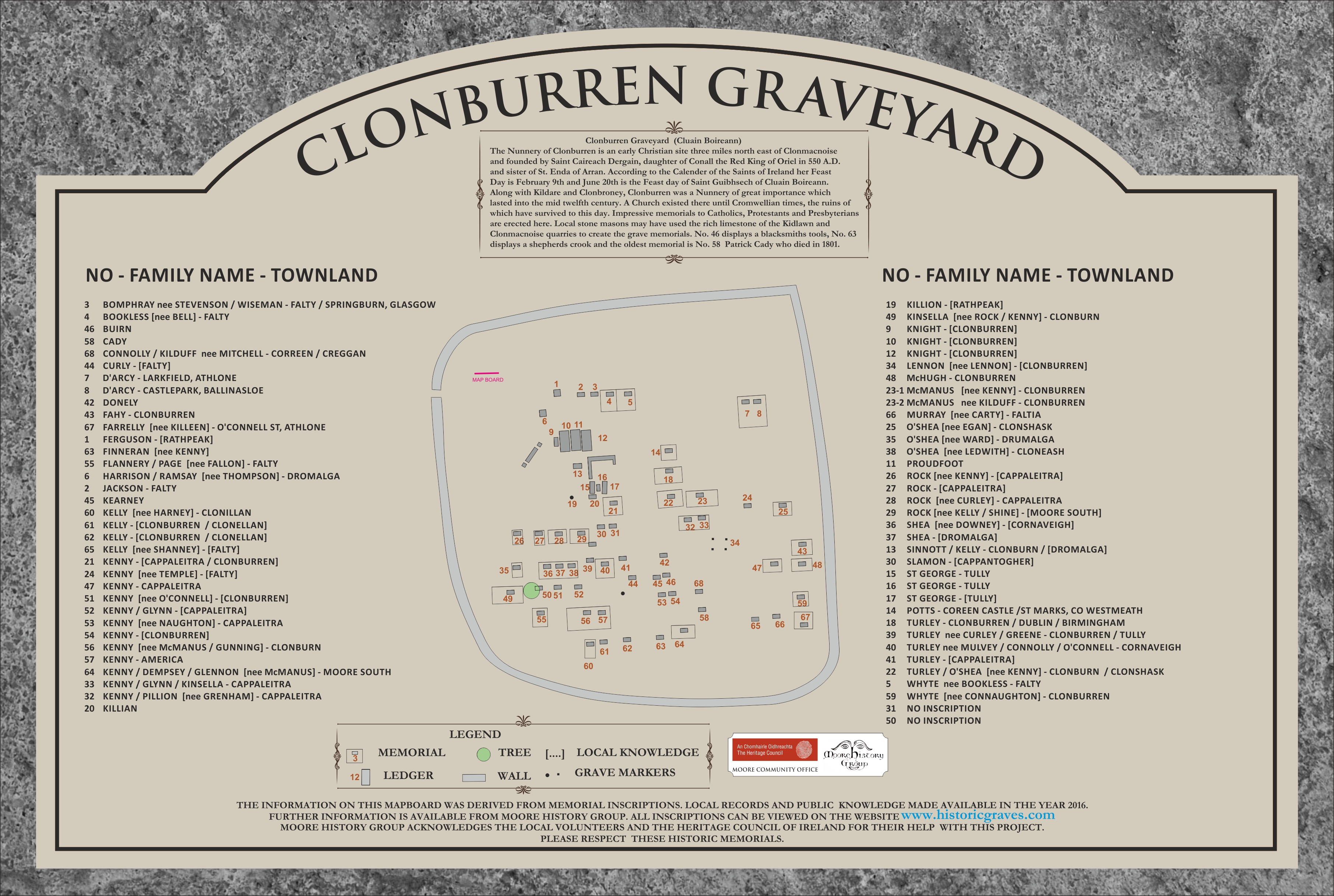 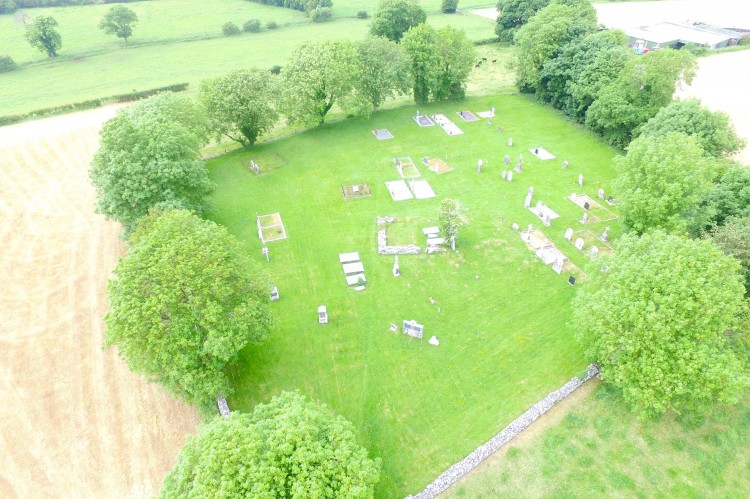