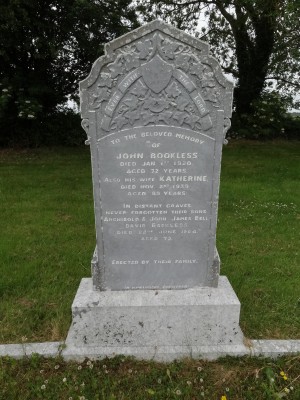 EVER WITH THE LORD

TO THE BELOVED MEMORY

ERECTED BY THEIR FAMILY

The address for this plot is Falty, Ballydangan, Athlone, Co Roscommon.