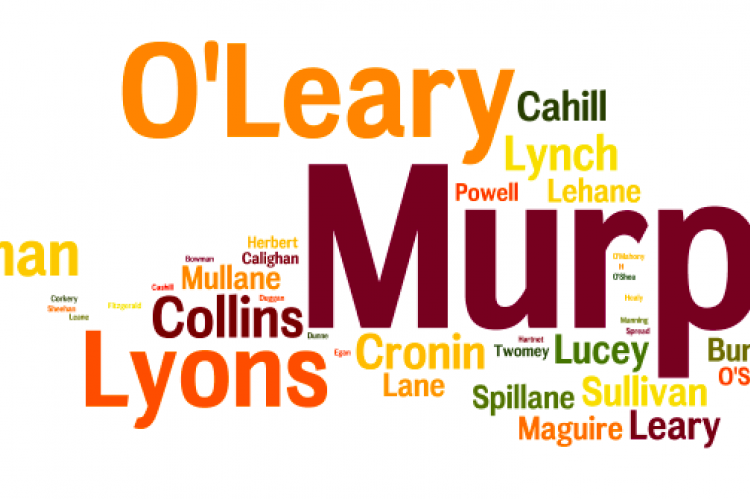 Cork is a corrugated county, east-west valleys and ridges are key features of the landscape.

Cork people are always at the bottom of a hill or going up a hill. It has been said that our accents are forged by that fact - the Cork accent has a sing-song rythym, I'm going up and now I'm going down.

Cork's rural graveyards are mostly in the lowlands but sometimes they will be found on hill-slopes or -tops. Canovee, west of the city, in the Lee Valley is one of the hillslope graveyards.Rich farmng land on sometimes steep slopes. Canovee/Cannaway is a Civil Parish ie. a medieval territory, much disputed in the 1300s as detailed by Dr Paul MacCotter who described waves of ethnic conflicts along the Lee valley between new settlers with Welsh, English, Norman & Belgian origins versus the native Irish they had dispossessed. Guerilla warfare was the preferred mode of operation and the new 'Norman' settlers of the Canaway lowlands must have looked to the hills to the north with trepidation as that is where the McCarthy raiding parties would have often come from.

The upper class Normans of the era were Barrys, Cogans and Barretts. Recent arrivals then but very much Irish names today. My wifes people were Barretts, a railroad family, so that means my own children have that history in their DNA (if its not overpowered or diluted by other influences). A very foreign name in the 1300s would have been Lombard - originally an Italian merchant/banking family but today the Lombard surname is deeply Irish.

The local group who surveyed Canovee graveyard back in 2014 recorded just under 60 headstones and counted even more uninscribed grave markers ie. gravestones without biographical details. It's a small, modest graveyard but it's roots are ancient. The graveyard is rectangular and measures 60m E-W x 20m, but it sits within a very large curvilinear ecclesiastical enclosure which may have 8th century origins ie. it was old before the Normans. And the names that are on the headstones are very Irish - O'Leary, Murphy (O'Murchú), O'Callaghan - how long have those families been there? Is it is possible core families have been there since before the Normans. That's a question I'd love to put to Paul MacCotter. I have heard Paul talk about this before and I think he says there was a lot of movement of people - power and politics pushed people hither and thither - in an era when might was right one can expect a lot of flux in populations - but then again there is an Irish strategy of keeping under the radar, keeping your head down, letting the trouble blow over. Could some of these Canovee families have been of that patient ilk?

Folklore of the graveyard seems to see the later road which bisects the site as a travesty - a vision of the church and gravestones moving as a response to the intrusion of the road! This folklore was recorded in the 1890s in New York - just goes to show that when we stay in touch with the Irish diaspora then information flows two ways to everybody's benefit.

The local community recorded Summer prayers inside the graveyard in 2014. A timeless practice, almost certainly, in general, over a 1000 years old.

If you wish to support community groups to survey their graveyards then please consider making a donation to the project and write to john@historicgraves.com with any ideas you may have for surveys.

The Norman affect on Irish surnames outlined by John Grenham https://www.johngrenham.com/blog/2018/04/16/norman-surnames/ in which he points at another Paul MacCotter 5-part article http://www.irishabroad.com/yourroots/genealogy/names/anglonorman/