A celebration in Duhallow 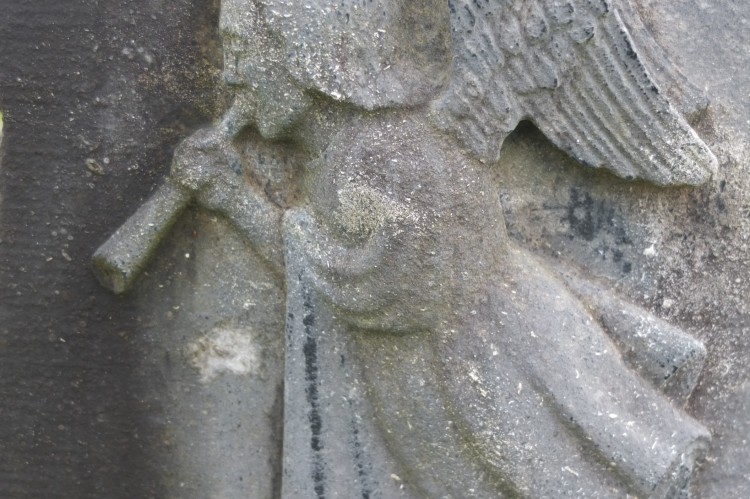 There was great turnout in the fabulously appointed James O’Keefe Institute in Newmarket, Co. Cork for an evening of storytelling and the celebration of a five month long partnership between the IRD Duhallow and the Historic Graves Project. The IRD Duhallow is a rural development company which covers the area of north west Cork and south east Kerry which supports initiatives directed towards the generation of enterprise for the benefit and welfare of communities.

The Historic graves Project has been working with local communities in the Duhallow region over the course of five months. A six week long lecture series in the care and conservation of historic graveyards was followed by an extensive survey of twenty graveyards with up to fourteen of these being fully surveyed by the local groups. The inscription information and geolocated photographs of the memorial stones from these fourteen graveyards have all been published online and form a valuable genealogical resource. The value of the project to the community stretched beyond the surveys of the graveyards. Local communities were encouraged to engage with the history of their place and stories about the people and the locality were also collected and published. Rubbings of the iconography from the headstones were produced and aerial photographs of the graveyards were commissioned. Word clouds for each graveyard were created based on the inscribed family names. The more frequent the name the larger the representation of the name in the word cloud. These were novel ways of reflecting the different family names across the fourteen surveyed graveyards.

The evening in Newmarket was a celebration of all this work and an exhibition of some of the iconography rubbings, stories, word clouds, photographs and aerial photographs from each of the surveyed graveyards lined the walls of the James O’Keefe Institute. The exhibition will remain in place for the coming weeks.

Mary McHugh the project co-ordinator for the IRD Duhallow during the 5 month Historic Graves engagement in Duhallow talked with us prior to the opening of the exhibition. Mary was bowled over by the interest in the project at the information seminar back in August 2012 and loved the holistic approach adopted by the Historic Graves team members. Mary acknowledged the support of Cork County Council and the local volunteers without whom there would have been no project. Mary hopes that the project continues and that members of the RSS Scheme will be able to support the local communities in carrying on the work.

I caught up with John Tierney from the Historic Graves Project prior to the gathering in Newmarket. John describes how the project evolved and how they were oversubscribed with volunteers from the communities in the area. Following the extensive graveyard surveys you end up with storng genealogical products and datasets which can be used to drive tourists and business into local parishes. The surnames from the memorial inscriptions are the Irish people and Irish diaspora. The evening was a celebration and a review of the work completed. It was also an opportunity to encourage the local communities to think about ways to enhance the resource and delve deeper into the histories and stories of Duhallow.

listen to ‘Delving Deeper in Duhallow’ on Audioboo

Con O'Sullivan who lives beside Clonfert graveyard close to Newmarket in Co. Cork describes his involvement with the Historic Graves surveying project. Con is regularly asked by visitors to the graveyard for information on people and families interred within. With no records available Con felt a lot of people left without establishing a connection with the place. Now that the graveyard has been surveyed he will be able to offer some useful help.

listen to ‘Learning Bit by Bit’ on Audioboo

John Sheehan is a local historian who took part in some of the graveyard surveys in Duhallow. John tells us a story about Julie Sullivan an oral historian who lived close to the graveyard in Clonmeen and had a store of local knowledge. John regrets not recording more of what Julie had stored and sorted in her head. She was a lady who loved wildlife and John remebers her guinea hens running wild through Clonmeen graveyard.

listen to ‘An Oral Historian’ on Audioboo

Christy Lehane helped to survey two of the graveyards in the Duhallow region; Old Cullen and Nohoval Lower and he really loved the challenge. Christy tells a great story about the Saint associated with the holy well at the historic graveyard in Old Cullen.

listen to ‘The Saint with the Beautiful Legs’ on Audioboo

John Kirwan a board member of the IRD Duhallow and chair of the Community Development and the Employment and Training working groups was on hand to welcome everybody and officially launch the exhibition. John Tierney from the Historic Graves project then introduced the project and acknowledged the support of Cork County Council. He also went on to praise the vision of the IRD Duhallow for supporting such an extensive project and thanked Mary McHiugh in particular for her support through the engagement. A series of stories about the graveyards were then presented by some of the volunteers who worked in the graveyards; Sheila O’Sullivan, John Sheehan, Christy Cunniffe, Donnie O’Sullivan, Ray O’Sullivan and Councillor John Paul O’Shea.

A fabulous evening was rounded off by Shane Lehane from Colláiste Stiofáin Naofa. Shane summarised what he felt were the benefits of the project to the local community. I talked with Shane before the event after he had a chance to have a look around at the exhibition and asked him for his thoughts.

listen to ‘People and Place’ on Audioboo
Blog category:
Events