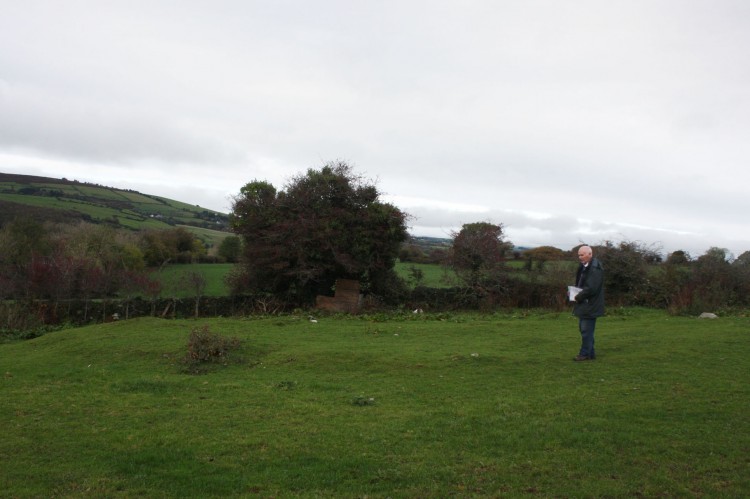 While the graveyard at Bawnatemple is the main burial place in the old parish of Cannaway, there are some other burial grounds in the area.

Kilcoulaghta Burial Ground is located in Coolnasoon within a small curvilinear enclosure intersected by a field boundary that also forms the townland boundary, across the road from the 19th-century St John the Baptist's church. While the site was marked as 'Kilcoulaghta Grave Yd' on the 1842 OS map, it was marked as 'disused' on the 1904 OS map. There are still some stones visible, including a rectilinear mound including pieces of quartz. The enclosure is recorded in the mid-Cork archaeological inventory as a ringfort, but it may possibly represent a small ecclesiastical enclosure associated with the large site at Bawnatemple, as the placename element 'cill' commonly occurs in association with pre-1200 ecclesiastical sites. The placename may possibly be translated as 'Church of the Ruins'. This site may have been the graveyard mentioned in the folklore story about the movement of graves. An altar is traditionally associated with the site.

Other burial grounds in the area are marked in OS maps as Crossnalanniv (children's cross road) or Kill. These alternative burial grounds resulted mainly from refusal by church authorities to allow burial of unbaptised infants in consecrated graveyads, though even baptised children who died very young could be interred in these sites. These burial grounds were also used to inter adults, notably unidentified bodies and suicides. They were also used in the famine in the mid-1840s.

In the townland of Rathonoane (Forest) a burial ground on the 1842 OS map was named as Crossnalanniv Burial Ground for Children. It was a grass patch at the centre of a cross of four roads. It is known locally as a burial ground for unbaptised children. There is a field south of the cross called the 'Kill Field'.

There is a site of a 'kill burial ground' in the south side of the townland of Mahalough. Ann Murphy, who lived there with her uncle and aunt for some time remembers it as the 'The Graveyard', a children's graveyard. Her uncle always blessed himself when passing the graveyard. It was surrounded by a fence with an open gap into it but when the cows were in a nearby field they would never go into it to eat the grass. She also said a neighbour remembered people doing 'rounds' at this site. There were stone steps on the fence but no stone on the ground. There was a standing stone and a holy well nearby.

A hill field west of a site of a ring fort in the townland of Shandangan West was known as Pairc na Phollaigh (Field of the Holes) and had been used for burial in the Famine. There are no visible features there now.

Just outside the parish is another site in Crossmahon, at a cross roads known as 'Crossnaleanbh'. The grassy triangle in centre of junction was said to be a place of burial. This area is now tarred over.