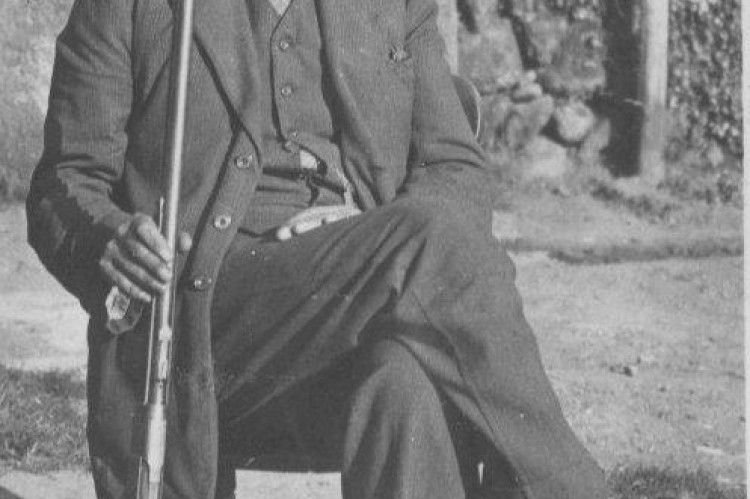 The story of the ‘Burgery Ambush’ which took place at Abbeyside Dungarvan, Co Waterford is by now well-documented. The events of March 18-19, 1921, traumatized Abbeyside and indeed left their mark on Dungarvan’s history.

A few prominent heroes emerged in the aftermath of the event. But we need to acknowledge and remember a few who were overlooked. The ambush took place after British forces were returning to Dungarvan with John Murphy of Clonea. Clonea is a seaside townland three miles outside of Dungarvan. Like many, Murphy hardly gets a mention in the history of the Republican activities in the West Waterford area.  The British had gone to collect him in connection with his activities in the Republican movement, which also involved gun running between Clonmel and Dungarvan. It was after he had cycled from Dungarvan to Clonmel for arms that he was arrested, despit

e returning to Dungarvan safely. After picking up Murphy, they were returning by the Burgery when the ambush occurred. Murphy was an extremely important prisoner. He was a principal participant in the destruction of a number of targets in the county and indeed outside of it. He was an expert in the production of explosives and other unique forms of warfare. He adapted simple things, like pigeon traps, which were used for tossing explosives onto R.I.C. stations and other forms of targets.

When the British forces lifted Murphy, they also took Paddy Guiry blacksmith who lived at the Pike. A townland situated on the Waterford-Dungarvan road. Guiry was left safely with the R.I.C at Cloncoskoran [RIC Station] with a departing message; ‘One dead body for the night will be enough for us’ Little did they know that the toll would be much higher before the night was over!  John Murphy was a survivor, the Black and Tans shoved him against a wall in Clonmel, Tipperary on one occasion and were about to shoot him. The threat on this occasion was that military were going to kill him; this however may just have been an idle threat! The convoy that went for Murphy on the night contained a motorcar and a lorry. There were around twelve soldiers including Black and Tans, in the lorry, and the motor contained Captain Thomas (in command), Lieut. Griffith, Sergeant Hickey, of the R.I.C. who would be executed in the unfolding drama, and two soldiers. Murphy was held in the car which followed the lorry.

Two miles from Dungarvan on the main Waterford to Dungarvan road in the townland of the Burgery, the cavalcade was attacked by the West Waterford Brigade and despite the shooting; Murphy was rushed away through the fields to Dungarvan Castle. He was eventually taken to Kilworth camp and from there to Spike Island in Cobh County Cork where he was interred until the truce. After his release he continued to be involved with the republican movement and was again involved in blowing a number of targets. He had often traversed the mountains to Clonmel also to collects arms for the struggle. Meanwhile the bullets were flying at the Burgery.IRA volunteers of the West Waterford flying column had continued to engage British military convoy there. Volunteers Sean Fitzgerald and Pat Keating were shot. A Black and Tan Constable, Sydney Redman,was also killed in the return fire.