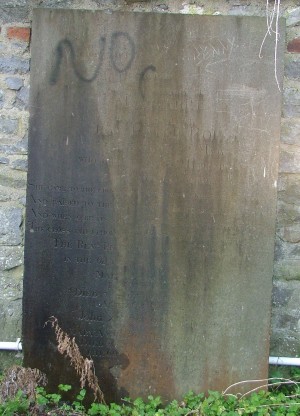 Ledger/slab set upright against church-wall within plain kerbstones, which measure 318cms by 285cms. It is in good condition although there is graffiti on it.