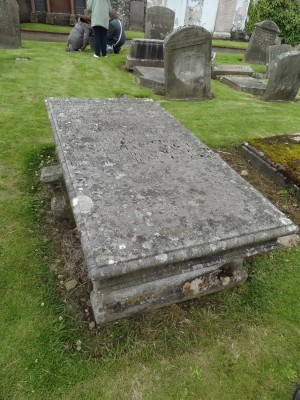 For her fourth voyage Lord Nelson was under the command of Captain William Charles Hutton. His letter of marque was dated 8 February 1806 and also gave her armament as 32 guns.[6]

Lord Nelson left Bombay for Britain on 27 February with some officers of the 77th Regiment as passengers. For the return leg she was in Tellichery on 4 March and St Helena again on 15 June. She arrived in the Downs on 6 September.[21][7]

For her fifth voyage Lord Nelson was still under the command of Captain William Charles Hutton. She left Britain on 5 March 1808 for Madras and Bengal.

On 5 August 1808 nine East Indiamen, including Lord Nelson, arrived at Madras. Unfortunately, now Rear Admiral Pellew was there in Culloden. He inspected the crews of all the vessels and pressed 157 men in all. The captains were furious, and remonstrated with Pellew, informing him that he had left them too shorthanded to sail safely back to Britain. He relented slightly, returning 24 men.[24] Hutton and the others then had to make do by recruiting local lascars to get enough men to bring up the size of the crew; Lord Nelson would sail with about 110 men, exclusive of passengers.[25] As was common, she would also carry a number of passengers, including an army officer, Lt. Colonel T.D. Richardson, his wife and their three children.[26] When Hutton and Lord Nelson had arrived in the Far East, he had lost 38 men to impressment to various naval vessels. In all, of the 114 men with whom he had left Britain, he had lost 55-6 to the press, six each to disease and desertion, two to drowning, and one to resignation.[25]

Hutton was the most experienced of the nine captains and was the commodore of the fleet. That is, should they lose contact with their escort, HMS Albion, under the command of Captain John Ferrier, Hutton would take command of the fleet.[25]

On 26 October the fleet left Madras. Around 20 November a gale began that would disperse the entire convoy. Lord Nelson then parted company with the fleet on 21 November at around Lat. 8⁰ 30' South Long. 80⁰ East.[26] She was never heard of again.[27][7] Two other East Indiamen, the Glory and the Experiment, also disappeared without a trace.[26]