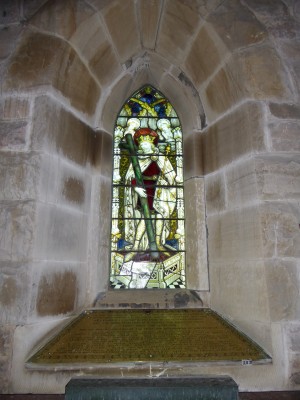 To the historic memory of the men of the ancien parish of
Whittingham who died in the great war with Germany 1914-1919
They enlisted to vindicate the cause of an outraged humanity
They laid down their lives in a sacred and rightous cause.
They died for England.
This window is dedicated by the vicar and parishioners of Whittingham.