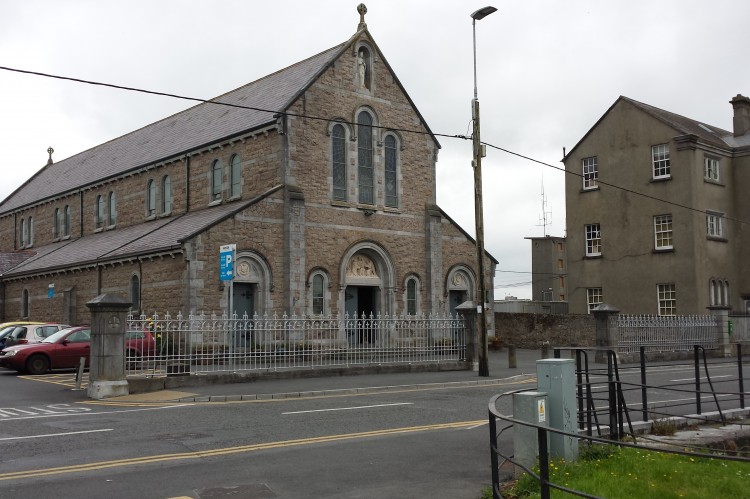 The Dominican Friary at Claddagh was built on the site of an early church of St. Mary's on the hill, which was a 13th century foundation associated with the premonstratensian Canon's of Tuam. In 1488, the site which was then vacant was granted to the Dominican’s by Pope Innocent VIII who gave them license to construct a Friary. An extensive Friary is shown on the 'Pictorial Map of Galway' of the 1660's. In 1493, James Lynch Fitzstephen added a choir at his own expense. The site survived the suppressions of Henry VIII and Edward VI. In 1570 after it had already been 'lately dissolved', it was granted to Galway Corporation. By 1629, there were still four Dominicans Friars, five professed clerics and some novices there. The Dominican’s remained in the area or returned to the site at various stages in the 18th century despite the Penal Laws. There was a small church on the site in the 18th century. In 1494, the Franciscans were granted leave by the Pope Alexander VI to annex the Chapel of Our Lady. It is unclear if this ever happened.

The Penal period Church is shown on several paintings and engravings and survived into the 19th century when it was replaced in the 1880's by the present church.  The graveyard was once far more extensive. In the 1930's, a large number of headstones were laid flat and a garden with paths was laid out. Many other monuments were taken up and placed against the walls of the cemetery. In the early 2000's some of the funerary monuments were temporarily uncovered during a FAS scheme but were covered over again. The monuments recorded all monuments which have remained overground and these are listed on the website. A 17th century tomb fragment with the Crucifixion, St. Mary and St. John is in the porch and several architectural fragments from the site are in the priory. Several other carvings are in the boundary wall on the Fairhill side.

This project was funded by the Heritage Council and Galway City Council as an action of the Galway City Heritage Plan. An information leaflet for St Mary's can be downloaded below and printed copies are available from Dr. Jim Higgins, Heritage Office, City Hall, College Rd., Galway (091 536547091 536547).