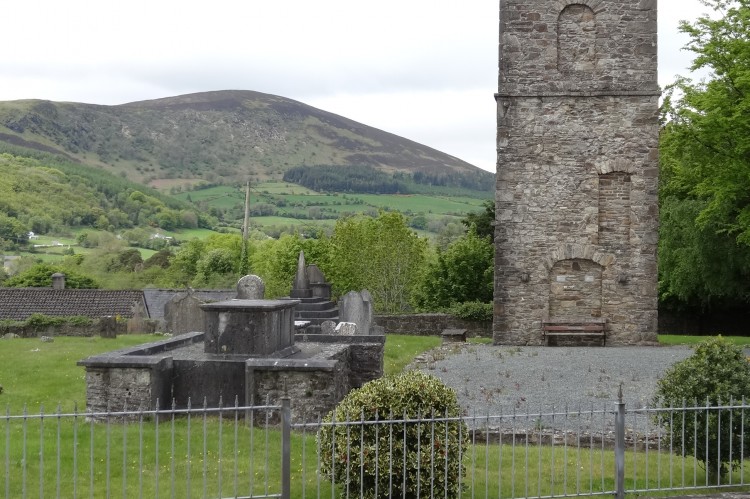 St Anna’s church was built in 1798 on the site provided by the local landlord J. Wallis of Drishane Castle.  In the period 1807-1814, the church was enlarged and a belfry added. The church building covered an area of approximately 1,500 square feet (175 sq m) and had the capacity to seat 70-80 people. An 1835 Church report stated that, on average, 60 people attended the weekly service. Due to the gradual decline of the local Church of Ireland population from the 1800’s, the parish of Drishane with its church, St. Anna’s was eventually united with the nearby parish of Dromtariffe in 1904. Thereafter, church services became less frequent in Millstreet. The last religious service held in St Anna’s was in the late 1930’s and it was officially closed for public worship on 16th November 1958. The following year the church building was demolished for safety reasons, leaving only the belfry intact.

In 1994-95 the Millstreet Tidy Towns Association, assisted by FAS and Cork Co. Council, undertook the project of restoring the Belfry and the adjoining graveyard and recording its history. The resulting St Anna’s Amenity Park was officially opened by Rt. Rev. R. A. Warke B. D. Bishop of Cork, Cloyne and Ross on May 4th 1997.