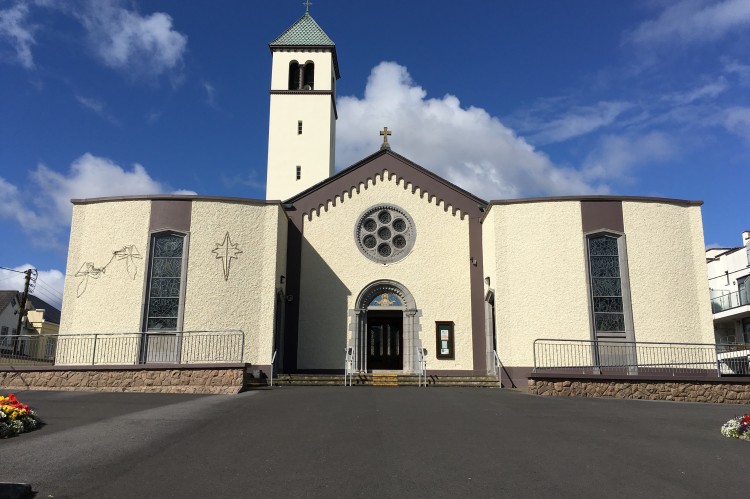 The tradition of burying priests outside the churches that they once served was once common at Salthill Church; this was also done at other Galway Churches. There are two former parish priests, Rev. P. Canon Davis, who was parish priest until 1952 and Monsignor Spelman, parish priest from 1965 to 1991, buried in the green area at the front of the church.
The church itself is a multi phase one with a Mediterranean pseudo-Romanesque tower as well as many early 20th Century internal features. Originally built to serve the needs of increasing numbers of people who holidayed and built in the vicinity of the sea side resort and former baths at Salthill, the building was expanded and new wings were added to the front of the building in the 1960’s. It is registered in the National Inventory of Architectural Heritage (Registration Number 30324001) and rated of regional significance as a major landmark in Salthill.
Dr. Jim Higgins, Heritage Officer, Galway City Council. 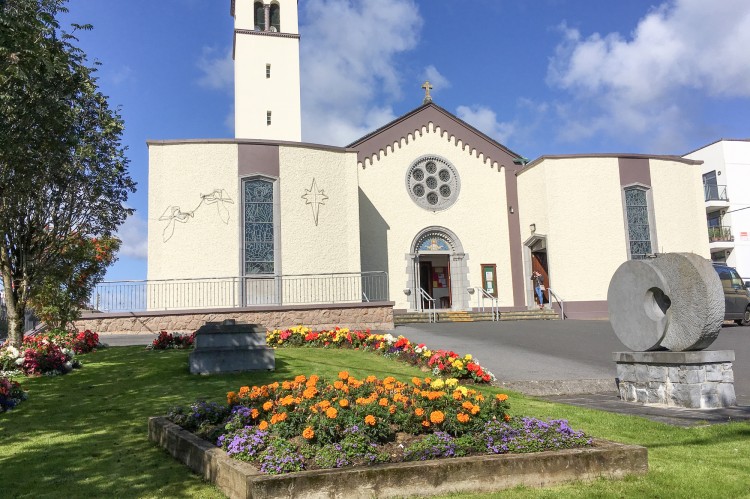