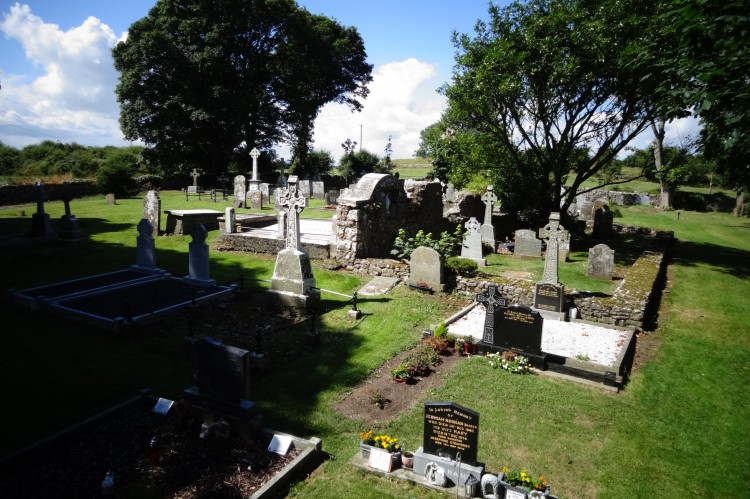 Lenihan's "History of Limerick" mentions an old church in Caherivahala. "The Rich Land" by Spellissy & O'Brien, mentions a church in Cahervally, of which only ruins remained in the 1840s. These churches may be one and the same church. Westropp, in his "Survey of the Ancient Churches in the County of Limerick" says that the church in Cahervally was dedicated to St Thomas the Apostle in 1410. The saint's feastday is on December 21st. The old church in Cahervally is in Raheen graveyard, in the townland of Raheen. This was the church of St Thomas. Westropp measured it as 60 feet by 21 ½ feet. The walls were 9 feet high and 2 feet 9 inches thick. This was where the monks in Friarstown attended Mass.
Ref: http://www.limerickdioceseheritage.org/Donaghmore/CRDonaghmore.htm

Further descriptions of the ruins in Raheen Graveyard are recorded in The Parish of Cahervally
Ref: http://www.limerickcity.ie/media/os%20024%20Caheravally.pdf