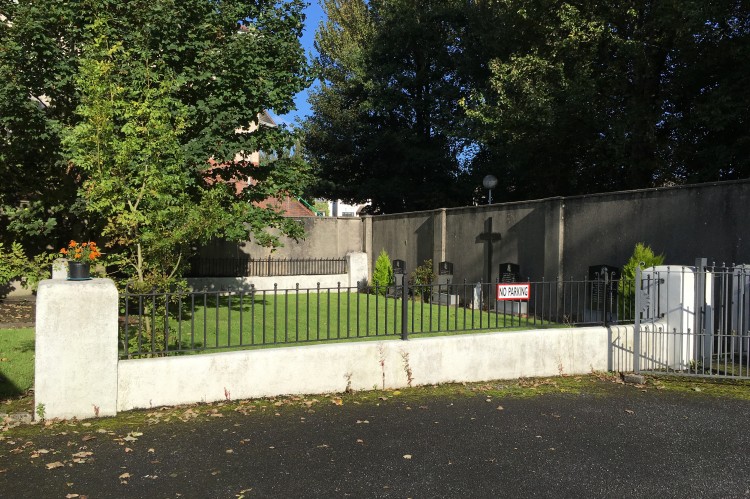 The Magdalen laundry in Galway was founded by a Mrs Lynch in 1824 and was managed by a lay society known as the Association of Ladies of the Saint Magdalene Society. Following Mrs Lynch’s death in 1854, the Sisters of Mercy became responsible for the operation of the institution. The original Magdalen Asylum located in Lombard Street was abandoned in 1870 and with the aid of a legacy was relocated to Forster Street. The laundry closed in 1984 and the buildings that housed the laundry were demolished in 1991.
There are two discrete enclosed burial grounds located within the former property, both are associated with the convent and laundry. The Magdalen Women are buried in the northern burial ground which dates to after 1873 and Mercy Nuns in the eastern burial ground which dates to after 1893. The Magdalen Women’s burial ground is located in the grounds of the former combined Convent and Laundry. All of the headstones are set against the northern boundary wall and were erected in the last 5 years, replacing some older memorials. Dr. Jim Higgins, Heritage Officer, Galway City Council.