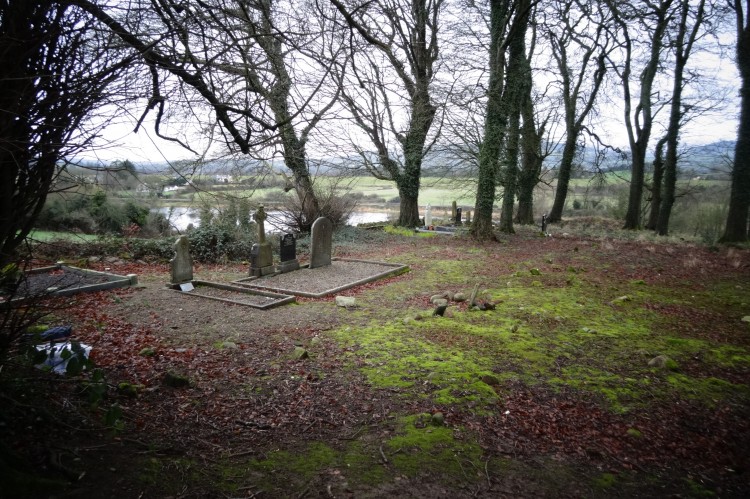 Lisheen graveyard was where the monks who settled on Inishlosky Island (see graveyard CL-INLY)later retreated to. It is situated on high ground overlooking the island. The majority of the headstones are located on either side of the graveyard with the central area filled by numerous mix of fixed and loose unmarked stones. It was uncertain which of these unmarked stones were marking official burial sites although it is likely that this central part of the graveyard does include several burials. 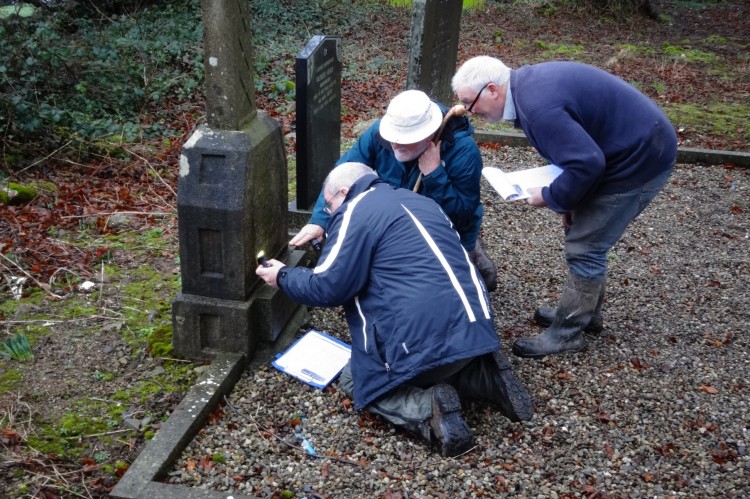