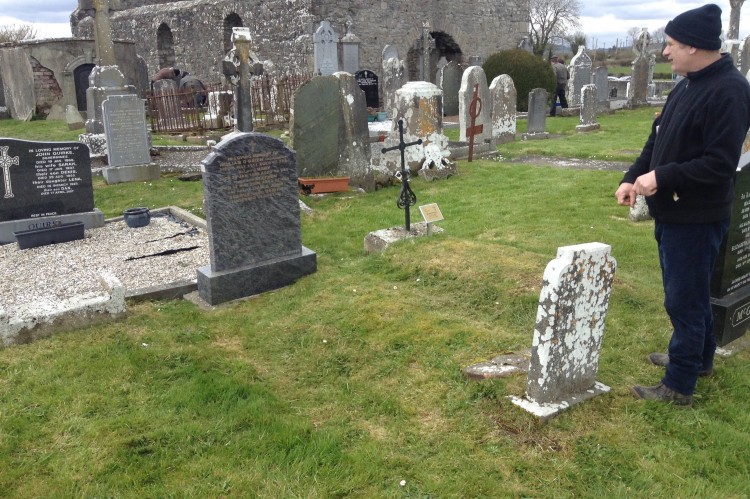 Surveyed as part of a project co-funded by the Silvermines Historical Society & the Local Diaspora Fund 2015.

A rectangular church (TN026-041001) of late eighteenth-century appearance built with roughly coursed sandstone rubble is located in the centre of the graveyard. It has round-arched windows in the N and S walls with a high round-arched doorway in the W gable. A nineteenth-century mortuary vault in the NE angle of the church has the date 1796 carved on the SE quoin stone. The church is situated in a large rectangular-shaped graveyard (TN026-041002) containing nineteenth and twentieth-century headstones.

A modern graveyard has been recently laid out in the adjoining NE quadrant. This is listed as TN-KLCY in www.historicgraves.com.

Project:
The Historic Graveyards of the Silvermines