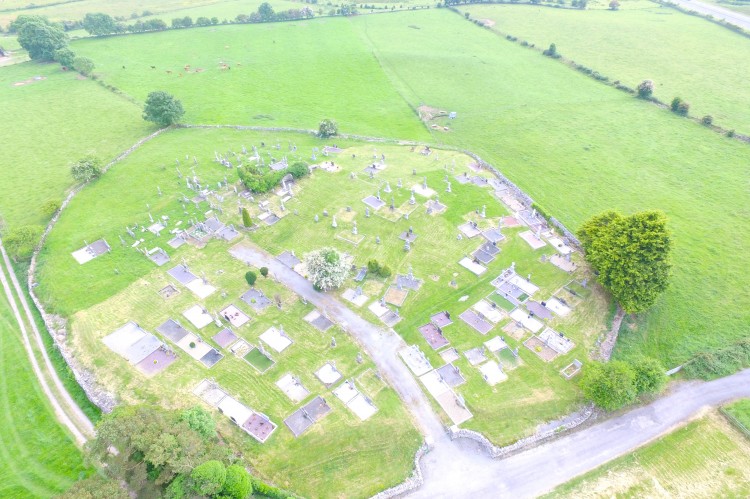 Following on from Moore History Group’s recording of inscriptions in Moore South and Clonburren graveyards, in 2016 we embarked on the mapping and recording of the larger historic graveyard, Kilbegley, which has almost 350 headstones/markers.   The inscriptions are now all available on this website. A considerable amount of time was put into tracing maiden names of deceased and matching headstones to villages. This was achieved using local knowledge and documentary sources, the latter greatly enhanced by the release of civil death records up to 1965 from www.irishgenealogy.ie. In addition, we have linked Census records 1901 and 1911(where applicable). In some cases we used photogrammetry to assist us, although even with photogrammetry, some headstones have only partially visible inscriptions. While we have made every effort to achieve accuracy in maiden names and villages, we accept there may be mistakes. If a reader detects discrepancies or inaccuracies with inscription or footnote, please email us your observations at moore@irelandxo.com .

Given the centuries of burials in this graveyard, we know that only a proportion of the deceased are inscribed on a headstone. Furthermore, we also have information that the area to the right of the entrance, was used as an infant burial ground perhaps up until the 1950s.  For the named and unnamed in this graveyard, we pray for their eternal rest.