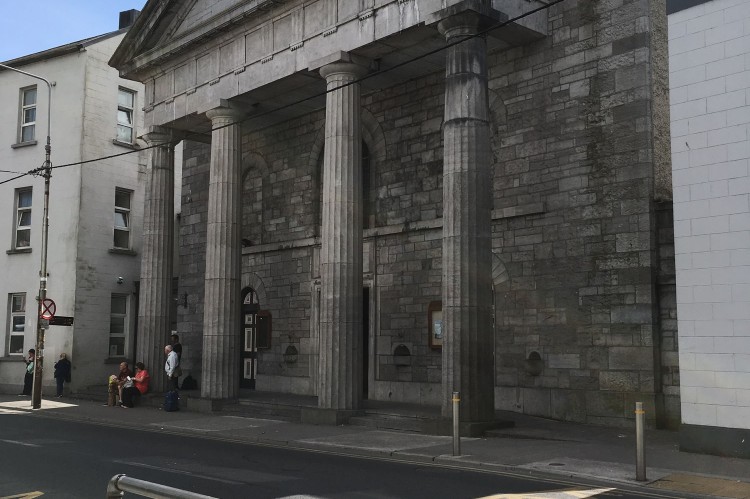 The Franciscan friary (GA094-100) was founded by William de Burgo in 1296. It was located on St Stephens’s Island on the eastern bank of the River Corrib, now reclaimed. The present Franciscan church in Francis St. is located to the south. The friary comprised a range of lands and buildings which included a large church, with side and chantry chapels, sacristies and ancillary buildings. Mills, bridges, weirs, barns, sheds, and outhouses would have formed part of the extensive friary. In 1657 all the buildings were demolished with the exception of the church which was reused as a court house. The friars returned with the restoration of the monarchy but the focus shifted from St. Stephens Island to Francis St. and Newtownsmith. By the 18th century the church at St. Francis St. was a simple thatched building. Work on the construction of a new church commenced in 1781.

A cemetery or perhaps several burial areas were located inside and outside the church. These changed and expanded over the centuries, funerary monuments were moved, altered, reused and incorporated into other contexts. Architectural fragments and elements of funerary monuments are preserved built into 19th century building on Waterside, Francis St., and Mary St. Only a fraction of the monuments, erected in the graveyard are now visible, none in their original position. The Abbey was one of the most prominent places of burial for the tribal families, including branches of the Lynch, Blake, D’Arcy, Morris and Skerretts, but most of these are now lost. Only 72 stones are visible in the garden to the west of the present church.  Another 14 memorial stones, once located in the church yard and published by Hardiman in 1820, have since been lost. A number of memorial stones were recorded in 2009 during construction of a parking area in the friary.