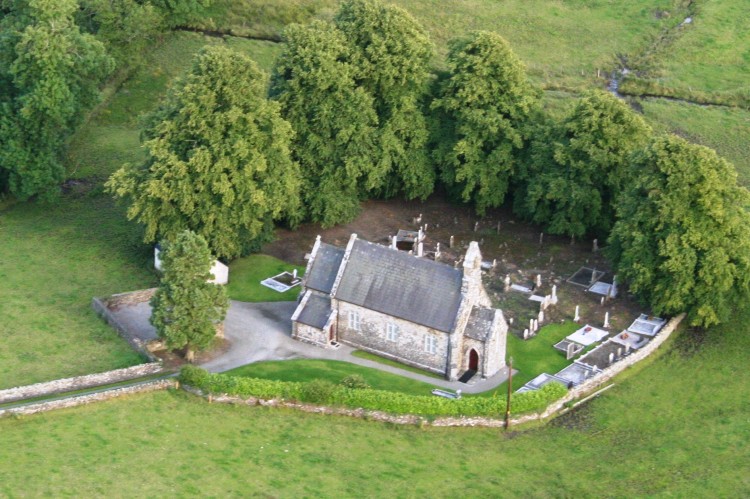 CROHANE CHURCHYARD
St Sineach is given as the Patroness of Crohane. The Gaelic historian O’Hanlon says “she is mentioned on Oct 5th by the Feilire of Aengus, as the daughter of Fergna of Cruachan Muige Abnae in Eoghanacht Cashel”. Maurice Lenihan another Gaelic scholar says “the virgin is likely the sister of St Senachus, Bishop, who was with St Ruadhain founder of Daoire na bflann in the 6th century and St Columba of Terryglass among the pupils and disciples of St Finian of Clon-erard Co. Meath who helped develop the early Church in Ireland, Finian of Clonard, Saint, died in -549.

An ecclesiastical establishment has existed since an early period in Crohane. St Sineach lived in Crohane circa 450 – 550. It was a parish before 1200. The old church fell into disrepair around 1400. Her acts are not known to exist. Up to 1810 says O’Hanlon, her festival was remembered in Ballingarry on Oct 5th. ‘A pattern day was held in the Parish of Ballingarry Oct 5th every year but in 1810 was stopped by Fr Edmund Cahill PP, as the celebrations bore little resemblance to celebrating the sanctity of St Sineach’, The holy well associated with the Saint was run dry, O’Donovan says, when he saw it (Sept 1840) but it will come to in winter again. O’Donovan also says Crohane was formerly Cruacháin in Eoghanacht Cashel.

In 1840 J.O’Donovan wrote that the foundations of the last Catholic Church were 28’ by 22’. About half a furlong South east of the graveyard were the ruins of a circular castle. It was 21’ – 6” in diameter and the walls were 9’ thick.The south and east walls were still there in 1840 and were 20’ high. The Holy well has been inadvertantly Land-drained, This happened during land reclamation in the adjoining field.