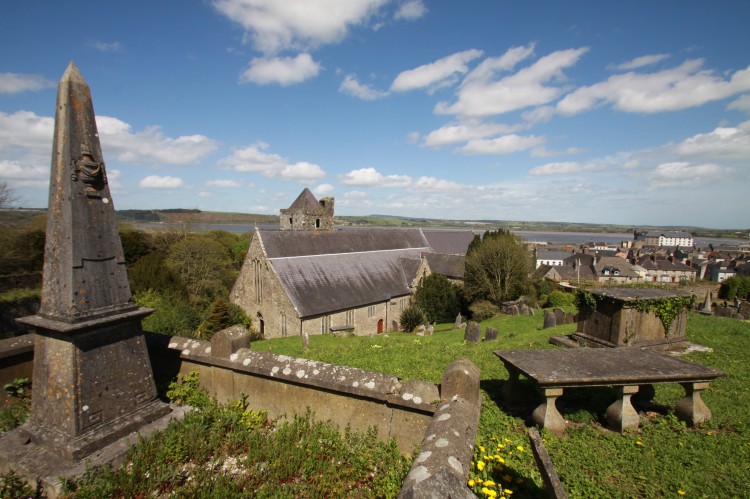 Irregular shaped graveyard on steeply sloping ground inside north-western corner of town walls, contains medieval parish church of St Mary (CO067-02903-). St Mary’s Church was built c.1250 on the site of an earlier religious settlement. It was a collegiate church for much of its history. It has a cruciform plan with aisled nave and a square-plan tower to the north. The exposed roof trusses inside the nave are among the earliest roof timber preserved in Ireland. The unusual fortified bell tower (CO067-029015-) at St Marys is probably 15th century in date. In the early 17th century Boyle paid for a lot of improvement works at St Mary’s. Boyle’s own tomb, erected in 1620 by the architect Alexander Hillis of London, is one of many interesting memorials inside the church. Others include a late 13th century effigy; late 13th century head-slab of a man; early 14th century effigy (Thomas Paris) in a wall tomb; early 14th century effigy (Matheu le Mercer) in a canopy tomb.

It is interesting to compare this survey with a previous indexing available here http://members.iinet.net.au/~nickred/youghal/ and with the 1914 graveyard plan.