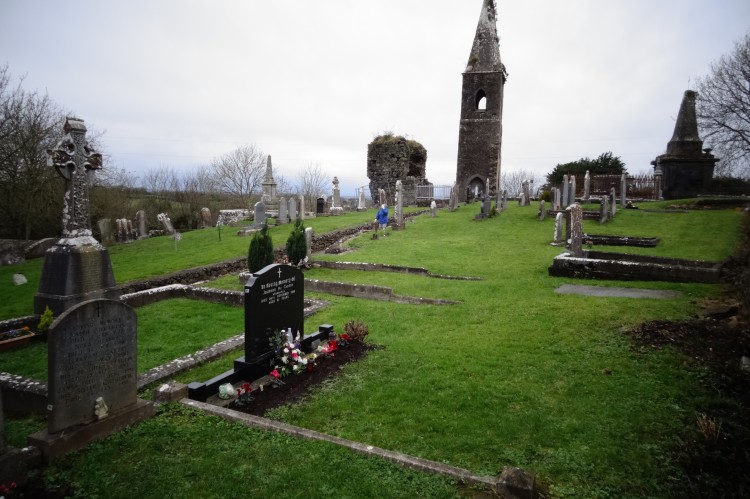 Graveyard surveyed with the assistance of the Caherconlish survey group especially P.J. Merrick and John Purcell

All that remains of the church ruin in Cahernorry is the belfry tower that was part of the church. The church was dedicated to St Nicholas in 1410. In the 18th century, mass was said in a timber church on the site. The church was rebuilt by the Church of Ireland in 1809 and was dismantled and rebuilt in Ballyneety in 1862. In the belfry tower, there is now a statue to Mary. There is also a plaque that states that the Restoration was carried out in 1993 and that the plaque is to the late Paddy Wade from the volunteer workers.
Ref: http://www.limerickdioceseheritage.org/Donaghmore/CRDonaghmore.htm