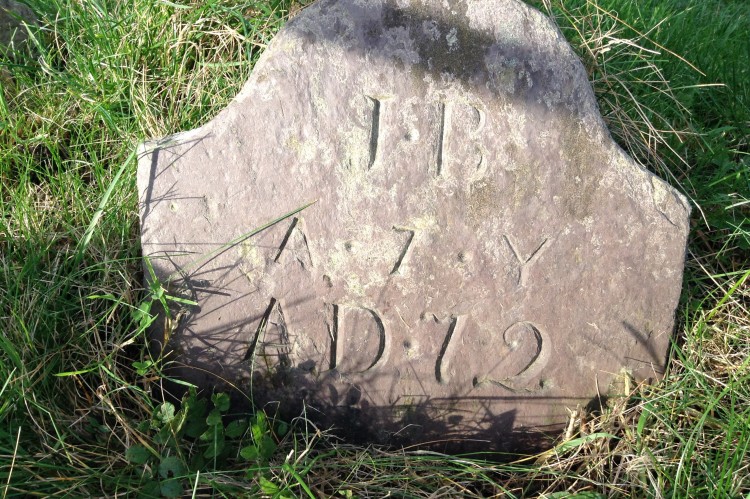 Ardmore graveyard is iconic - the late round tower, the early church and cathedral and the adjacent 8th century beannachán (relic church for St Declan) form a compact group enclosed by a curving road to the west and a stream and glen to the east. This is the graveyard where the very first Historic Graves recordings (http://historicgraves.com/graveyard/ardmore/wa-ardm) were made and since the early days here in 2010 we have gone on to work in over 400 graveyards throughout Ireland and more recently in the UK.

Whiling away a half an hour yesterday we strolled into the graveyard and were struck by two gravestones in particular. At the top, southern end of the graveyard is a group of high status, mostly Church of Ireland family grave plots, two of which are for the Keane family of Cappoquin. Both grave plots are unenclosed but marked by round headed, plain shouldered headstones and the quality of the stone and the epitaph carving is exceptional - the presence of the coat of arms on Sir John Keanes headstone represnets the continuation of a practice which goes back to medieval times - following indeed the great longevity of this branch of the Keanes/O’Cathains.

Compare these headstones with the simple red sandstone gravemarker shown in the attached video.

Also roundheaded but much smaller in scale and simpler in execution - these headstones are very different but similar in aesthetic and also the coincidental closeness of dates (Sir John was born in 1873 while this unknown child died in ’72).

Which we read as J.B, aged 7 years, died AD 1872. Sir John Keane was born the following year. This stone is very small compared to other 19th century headstones and sits within an iron railed 6 ft grave plot along with a second similar 'homemade' grave slab

Key features of Ardmore graveyard are the distinct groups within the graveyard - there is a Church of Ireland group, a coastguard group; there are 18th century pockets and even early medieval and medieval pockets. There are Catholic groups with cut stone and plain grave markers - many apparently in their original positions - there are also sailor burials which link Ardmore with much of Europe. In summary,there is a lot going on here and I will return to video some of these pockets in more depth.