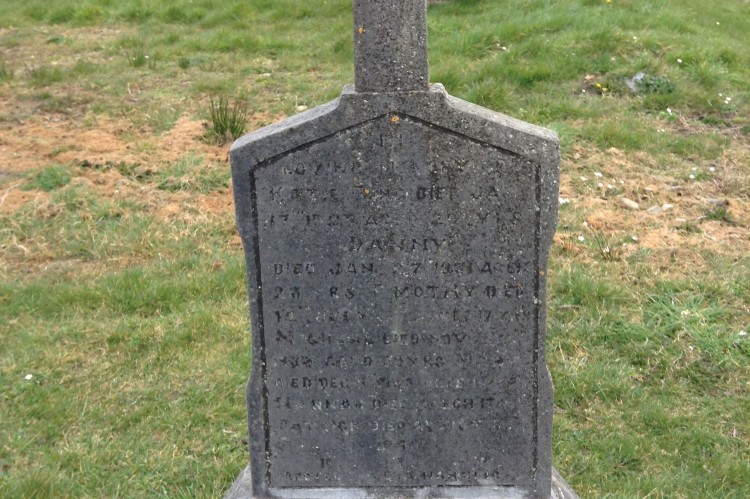 Every community survey we work on is different - we follow the same process but every workshop is different because of the people. We worked in Kishkeam, north Cork, last week and the community volunteers were exclusively men. They were almost all farmers so they came and went throughout the day to fix a machine or attend a calving. They had a detailed knowledge of their own family history and also that of their neighbours.

One man told stories about Christy Ring, the great Cloyne hurler - remembering his steel blue eyes. And then coincidentally the 'lads' brought us to a Ring family headstone - the reason they were interested in this headstone was not for stories of sporting prowess but because, as they remembered it, the family had been decimated by TB in the late 1920s and early 30s. Reading the epitaph four of the family between the ages of 16 and 29 died between 1929 and 1933. This tallies with the local memories recounted to us. Cause of death is not listed on the headstone, it rarely is, but local memory is of a lovely family, not very well off and badly affected by TB. One man told us he heard tell that the undertakers were reluctant to enter the house to prepare the bodies for burial.