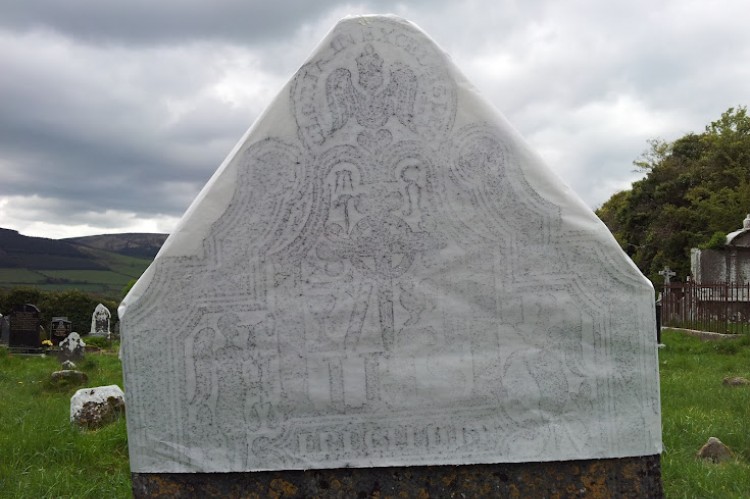 The 'Staker' Wallace is a renowned folk hero http://en.wikipedia.org/wiki/Staker_Wallace of south Limerick who was hung, drawn and quartered for his role as local leader of the United Irishmen of 1798. During a workshop in Ballyorgan last week we were told that following his execution it is believed his mother recovered his head and carried it in her apron to be buried in Abbey graveyard in the Keale (pronounced Kale) valley, Ballyorgan. Given that the 'Staker' was probably in his 60s when he died his mother must have been a good age.

There are a number of Wallace and Wallis memorials in Abbey including an extremely high quality group of headstones (eg. http://www.historicgraves.ie/abbey/li-abgb-037/grave). Maybe the 'Staker' is buried before these stones? We will return to photograph the Wallace/Wallis headstones from the late 18th and early 19th century as they appear to be the work of a family of highly talented and distinctive stonecarvers whose work is evident throughout south Limerick. Wikipedia tells us that some of the Wallaces emigrated to Kane County IL and are buried there in St. Mary's graveyard (http://usgwarchives.net/il/kane/cemeteries/stmarysback.html).