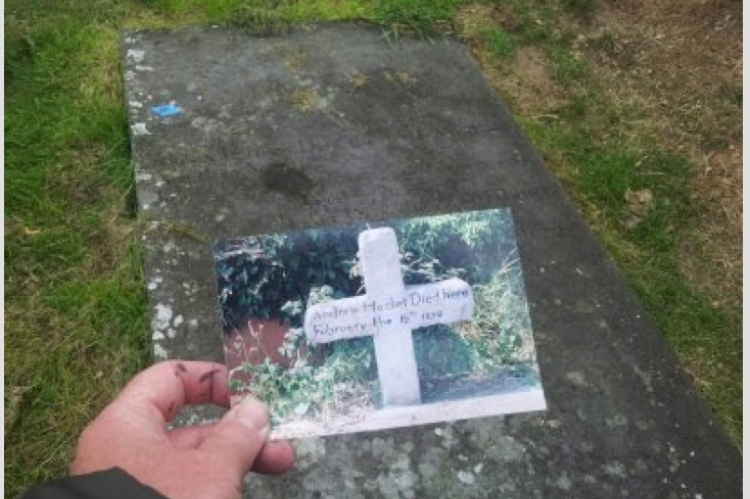 There are many fascinating grave memorials in Clopook including a very interesting ledger slab found outside the south wall of the ruined church. It marks the Hacket family grave plot including the burial dates for two brothers, Edward and Andrew both of whom died on the same day in February 1838.

While surveying the graveyard Paddy Lacey told us the story of the two young boys who died in a snowstorm. The boys may have been out in the snow to get some corn meal ground in a local mill and were caught in a blizzard on their way home. The crossroads where their bodies were found after the storm has two simple crosses remembering their death and the crossroads has long been called Hackets Cross. The Hacket family are no longer in this area but their name lives on due to the tragic death of the brothers. So the names on the ledger slab are connected to the crossroads 4 miles from their burial place. Paddy had a photograph of the crossroads roadside memorial which is shown above in front of the ledger slab which covers the boys grave.

This work is part of a community support project funded by Laois County Council.