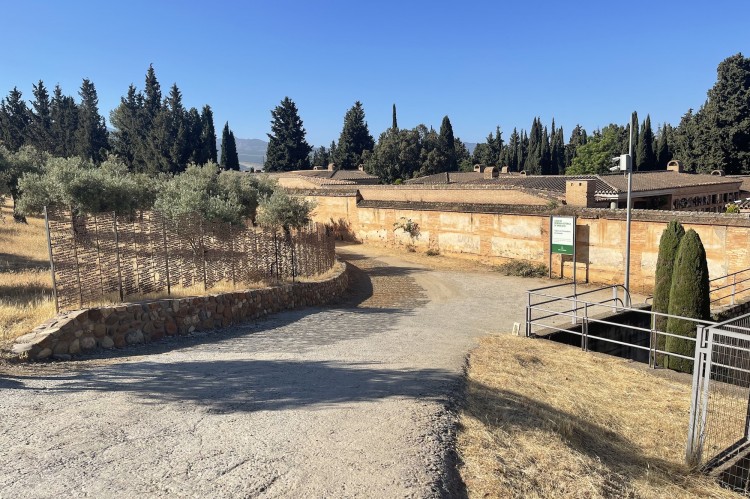 View of the Civil War execution site outside the cemetery of San José, Granada, Sapin

Used to walking around Irish graveyards and being sensitive to burials and stories relating to the War of Independence (1919-1921) and the Irish Civil War (1922-1923) I realised I was in a very different place by the time I had finished this walk around San José cemetery in Granada .

The organisation of the cemetery and the contrast between the high cost, high status mortuary monuments and the lower status burial structures were very similar to what we see in Ireland. It was very interesting to walk around the cemetery for the first time. However, finishing the visit by examining the outer cemetery wall which had been used for the execution of political prisoners from 1936/37 and afterwards also made me realise I did not have the background in modern Spanish history to correctly read the different layers of meaning embedded in this cemetery. For instance, which of the higher status mortuary monuments were for people who played a role in the repressive state regime of Franco?

Based on our Irish experience the solution to this problem is to visit the cemetery on many occasions particularly in the company of local historians/archaeologists who are already engaged in a study of the place. We have also had the experience of talking to people from both sides of contested histories – and it is easier to do that for events which took place over 100 years ago rather than those which took place from the 1940s onwards as is often the case in Spain.

This video was made as part of the Incultum_EU H2020 Project wherein we are working out how to engage with, and talk about difficult histories especially with visitors and tourists from other countries.