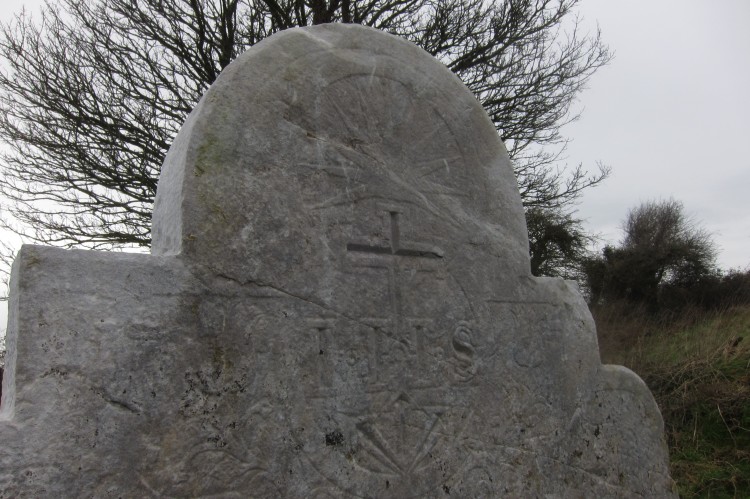 I attended a funeral in Clonpriest two years ago and have wanted to revisit ever since. There are at least three headstones which measure over 2 m tall as well as a fine collection of 19th century limestone memorials. The old graveyard with its ruined church gable and walled burial plot has been extended to the north and the surnames found include Gleesons, Motherways, a Boll and a Connon (the latter two were new to me). While rummaging around the graveyard for ten minutes this morning I recorded the sounds of the entrance gate and left the Zoom H2 recorder running for a while wondering how much of the surrounding sounds would be captured. No voices were heard but a farmer can be heard hammering and sawing in the distance; various birds of hedge, field and coastal marsh are also heard but the dominant sound is definitely the adjacent sheep and lambs.

One of the larger headstones has been powerhosed in recent years, another has toppled forward and a third looks like it has recently been rescued from an ivy embrace. These massive limestone memorials are very distinctive and I wonder how they compare with the larger stones of west Clare and Connemara?