The Church of the Seven Daughters - Renvyle 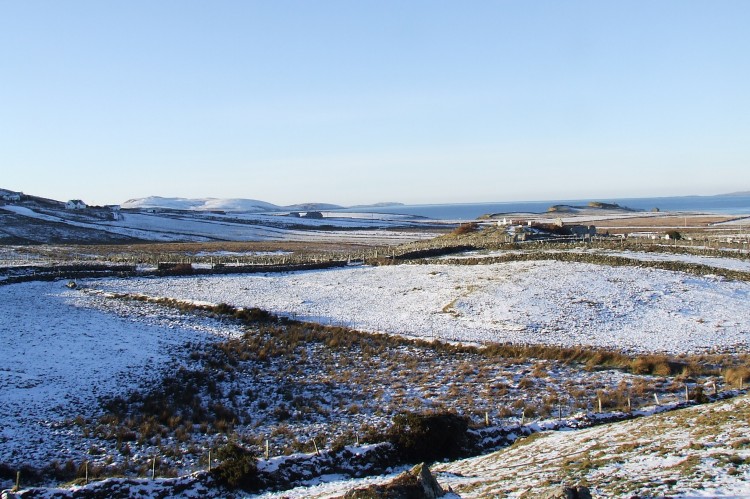 Introduction to Renvyle Church and Graveyard

During the bitterly cold but beautifully crisp weather before Christmas last year I visited the picturesque church and graveyard at the western end of Renvyle peninsula. The historic graves project was in a trial phase at that point and I was there to do a test photographic survey of the memorial inscriptions in the historic section of the graveyard.

I was using my standard work camera, an old digital Fuji Finepix, which I find great, combined with a GPS tracker in my Sony Ericsson Xperia smartphone. The methodology employed was to synchronise the date and time stamp on both devices and marry them later with software like Geosetter to produce geotagged photographs of the memorials. The morning’s trial was devised to check the methodology and also the accuracy of the GPS tracker in the Sony Ericsson phone. This was one of many tests which were run in order to achieve optimum results while balancing equipment cost and ease of use.

Location and History of Renvyle Church and Graveyard

Renvyle peninsula looked stunning in the crisp morning air and the island of Inishboffin loomed large to the west. Inishturk, Clare Island and Achill were all visible to the north and Croagh Patrick and Mweelrea could both be seen to the north-west and west.

The ruinous church is named as both ‘Renvyle church’ and the ‘Church of the Seven Daughters’ on the Ordnance Survey maps of the area. It is a medieval building with three surviving walls—the western wall has collapsed. It has a doorway with a pointed arch in the northern wall and fine single light window in the eastern wall. The church is surrounded by a hilly partly overgrown historic graveyard. A modern graveyard occupies the flatter ground to the north of the church. An overgrown holy well also dedicated to the seven sisters lies 100 m to the north of the church.
According to Tim Robinson in his illuminating book Connemara the last pool of darkness ‘one comes across wells of the Seven Daughters at several places in Connemara and there are traces of another church of the seven daughters on Inis Oírr in the Aran Islands'. Robinson also recounts that Roderick O’Flaherty writing in 1684 says of the seven daughters that ‘some call them by tradition the daughters of a British King, others of a King of Leinster'. A nineteenth century footnote in O’Flaherty’s work suggests that there was a cursing stone by the well until the parish priest took it away and buried it, ‘at which the people were much dissatisfied’.

The historic graveyard is full of interesting grave memorials however a statue of an angel at one of the graves is frequently photographed and has become a sort of icon for the graveyard as a whole. Numerous unmarked grave markers also cover the hilly ground surrounding the church and the individual distinctive shape of all the markers may have allowed families to identify the graves of family members, neighbours or friends.

The graveyard is listed on the historic graves website however the geotagged photographs have been removed due to the test nature of the photographic survey. I am really looking forward to returning and conducting a full survey with our streamlined methodology which the grave memorials in Renvyle graveyard helped to shape and refine
Blog category:
Places