Meeting Christ in a Graveyard 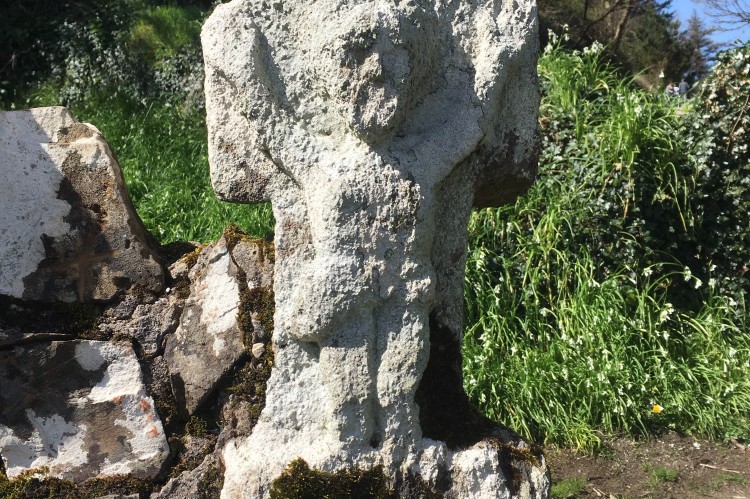 The Romans never really came to Ireland. They didn't really sail across the Irish Sea and bonk us on the head and kill all the chieftains and build roads and walls and towns and such.

But in many ways the Romans are all around us in Ireland today. When the Emperor Constantine made Christianity the official religion of the Roman Empire he did it to bring the people together, to give them a common identity - a tall order given he was uniting tribal forces with origins in prehistory stretching from the Balkans, to North Africa and way up into Scotland. That Constantinian religion has proven to have had a 'number of net practical benefits' while also of course having it's 'issues'. But it can't be said it doesn't create a common identity.

As a predominantly Christian country for all of the last millenium it is no surprise then that, In Ireland, we encounter the Figure of Christ in graveyards everyday. Our old churchyards in ruin are not what the church and burial ground looked like in the past. The tumbledown church building was once plastered, whitewashed and thatched. It may have served as a village hall, tax collection office and school, as well as a place of religious observance. It brought parishes together and inside the churches there would have been wall paintings, wall hangings, carved wooden doors, decorated seats, posh grave monuments, covered in tons of meaningful iconography - branding the religion and creating common experience.

So when we enter an old graveyard today we are seeing the place in a diminished condition. Of the proliferation of medieval iconography we find only the pieces carved in stone - too heavy to be carted off, or marking a neighbours burial place. And as headstones didn't really take off in Ireland til the very late 1600s any Christ-figures carved on gravestones are post-1700.

So carved in stone we encounter Christ in many graveyards.

(Except for 20th century headstones when variations occur)

And the crucified Christ is one of the strongest icons of Christianity. And he is rarely shown as a calm serene deity. The Christ we encounter in Irish graveyards is a suffering Christ, paying for the sins of all of the people.

One of my favourite Arma Christi's is in north Co. Meath. When you walk into Drumbride graveyard and stroll through the rows of headstones you meet Ledwiths, Russels, Hallpenny's and then at the back, almost at the ditch you meet a spectral Crucified Christ.

Over the coming months we will delve into more of these types of headstones and see what we can learn about our forebears, their lives, belief systems and their deaths. If any readers have examples of similar headstones please email pictures to john@historicgraves.com.