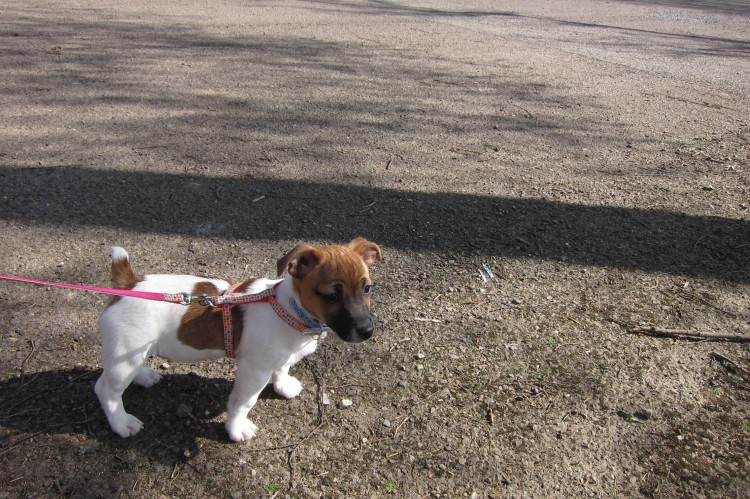 Puppy walking in a graveyard

Dick Eastman is intrigued by the possibility of using dowsing to find forgotten graves. Reading his post I am reminded of a colleague telling me they used dowsing to layout a trench in an historic graveyard excavation in Wales. They needed to avoid a buried foundation and used dowsing to detect, mark and avoid the foundations. Now, field archaeologists are very sceptical, often by nature and always by training. We believe it when we see it! Therefore I am not certain my good friend and colleague was not pulling my leg and maybe we should try and replicate his experience.

This also reminds me of an encounter I had in a graveyard in Co. Meath last year. My local guide hinted that he was occasionally asked to walkover a graveyard to detect unmarked graves - quietly admitting he could 'feel something' from underground. Whether he could or not is beyond my ken but isn't it interesting that neighbours will ask this of one another. And that besides having a sixth sense, my local guide also had a genuine, trustworthy nature. He was no chancer, knocking a laugh out of a neighbours trouble (trying to find a grave from the 50s). Graveyards are 'in between' places. Some people are happy to walk and 'water' their dogs in an old graveyard, some look for the paranormal, while for many, they are sacred spaces. All I know is that their liminal nature is quite stimulating wherever we go.