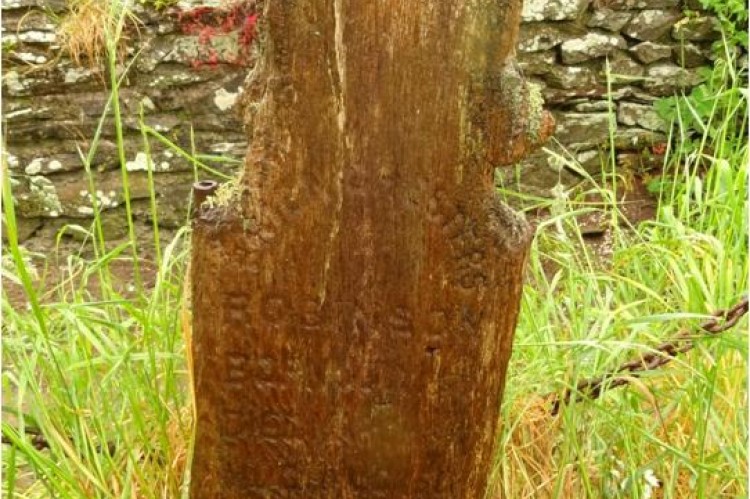 With Jim & Waltie Murphy we read the  timber grave memorial for young Brien Chesters Robinson in the Old Church (Ardmore townland), Passage West, Cork Harbour. I was amazed to see the rare timber grave memorials and with the aid of the Lenser P7 flashlamp we were able to read most of the epitaph carved into the wood.  Jim took the bare details of name and date and did some research. He found the Robinsons in the 1901 Census and they were a large family and servant living in 12 Maulbawn, Monkstown, which is the townland east of the graveyard.

Brien's parents were Joseph and Kate Simpson Robinson. Joseph was an engineer in the Royal Navy Reserve. They were Wesleyan and were blessed with five sons, including Brien Chesters and one daughter. Brien was 2 and a half in 1901 and died soon after. We will have to double check the date.

If we look further into the history of the Robinsons we find a 25 year old Joseph Robinson from Carlisle in Cumberland, stationed in Prtsmouth in 1881where he is a Gunner in the Royal Marines. There is also a Joseph Robinson aged 22 serving as a stoker on the Zephyr who originated in Sunderland, Durham.